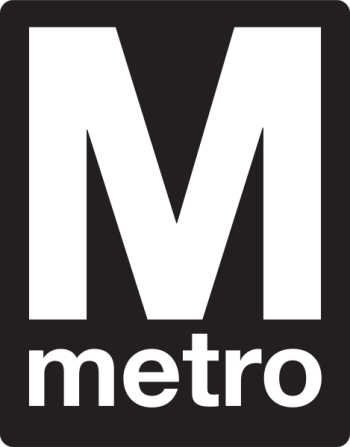 Washington, DC's Metro system can refuse to carry religious adverts on buses and trains in line with its policy prohibiting "issue-oriented" adverts, an appeal court in the US has ruled.

The US Court of Appeals for the District of Columbia circuit rejected the archdiocese of Washington's claim of religious discrimination against Washington Metropolitan Area Transit Authority (WMATA).

The archdiocese went to court over Metro's rejection of adverts which featured a biblical Christmas scene and a link to a website that encouraged people to attend mass or donate to a Catholic charity.

It claimed Metro's policy unfairly discriminated because it allowed other advertisers to promote Christmas shopping and charitable giving.

"Had the archdiocese wished to submit an ad encouraging charitable giving, nothing in the record suggests it could not do so."

Rogers added that the archdiocese's claim was "based on hypothesis" and if WMATA had to accept religious adverts it would also have to accept others. Those would include adverts "criticising and disparaging religion and religious tenets or practices".

In a separate opinion her colleague Robert Wilkins wrote that the policy was within the bounds of the first amendment to the US constitution, which protects free expression, because it did "not take sides" on religion.

Wilkins noted that government bodies in the US may restrict private speech provided the restrictions are "not a cover for suppressing viewpoints with which the government disagrees".

Brett Kavanaugh, President Trump's next pick for the US Supreme Court, sat during the case and voiced his support for the archdiocese. Kavanaugh did not participate in this week's decision because of his nomination, but during oral arguments earlier this year he claimed WMATA's policy was "pure discrimination".

In 2015 the Metro introduced a ban on "issue-oriented" messages, including those related to religion or politics, citing security concerns linked to anti-Muslim adverts.

Under its policy adverts that "promote or oppose any religion, religious practice or belief" are prohibited. It only allows commercial products and services.

Metro's lawyers told the court that accepting the adverts would have forced it to accept other religious-themed adverts that could cause "tension and divisiveness" and undermine its ability to run the system.

The case has revived memories of the Church of England's claims of discrimination in the run-up to Christmas 2015, when several cinema chains did not screen an advert featuring the lord's prayer. The Digital Cinema Media (DCM) agency, which handled advertising for Odeon, Cineworld and Vue, did not screen the advert because it had a policy of not accepting political or religious advertising content in its cinemas.

In that case, the National Secular Society defended cinemas' commercial freedom not to screen religious adverts. The Church of England's threat to sue the cinema chains over 'religious discrimination' never materialised.

WMATA's policy has previously been challenged by groups including the American Civil Liberties Union and People for the Ethical Treatment of Animals, along with the writer Milo Yiannopoulos.