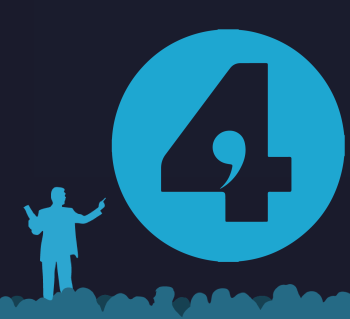 Fewer than one in five British people think BBC Radio 4's Thought for the Day should always feature religious content, a new poll has found.

A survey undertaken by Censuswide, commissioned by the National Secular Society, suggests the British public backs reforming the slot so it no longer features only religious voices.

The findings have prompted calls for reform from figures including the philosopher and NSS honorary associate AC Grayling.

When asked whether they agreed or disagreed that BBC Radio 4's Thought for the Day should always feature religious content, just 18% of people agreed.

NSS chief executive Stephen Evans has now written to the director of radio and education at the BBC, James Purnell, urging him to "seriously consider making changes to Thought for the Day".

He said the broadcast currently "excludes non-religious voices, reinforces prejudice and discrimination and is widely regarded as irrelevant by a majority of the British public". One remedy for this, he added, would be to make it "an ethical current affairs reflection slot".

Commenting on the polling, the NSS said the BBC should take their listeners' views on board, particularly when it comes to the religious elements of the show.

Mr Evans said: "Thought for the Day has historically been presented as a way for the British public to reflect on moral issues, but it is clear that the programme in its current form does not resonate with the public. This is particularly true when it comes to religion's role in the show.

"By explicitly excluding non-religious voices the slot is alienating vast swathes of the British public, reinforcing prejudice and blatantly discriminating against non-believers. The BBC should reform the broadcast into a secular current affairs reflection slot, with contributors selected on merit and without reference to their religious outlook. In this way, the BBC could re-engage its listeners on important ethical questions."

AC Grayling said: "In today's society, it is more important than ever that the British public engages with important ethical questions. Secularists are keen to support this, but it can only be done by exploring these issues through secular and inclusive discussion and debate."

Thought for the Day is a three-minute section of BBC Radio 4's Today programme which is exclusively reserved for religious voices. It has been broadcast since 1970.

The NSS has long campaigned for the slot to be reformed to avoid proselytisation, discrimination and excessive deference to religion. The society is urging supporters to sign a petition on the subject.

In 2015 the NSS backed calls to convert Thought for the Day into a "philosophy slot", open to non-believers and believers alike.

Last year Today's most senior presenter, John Humphrys, described the slot as "inappropriate" and "deeply, deeply boring". His colleague Justin Webb also criticised it, saying the content was "all roughly the same".

The BBC also said there were "no plans" to change the format of the slot after incoming editor Sarah Sands said it should be opened up to non-religious voices.