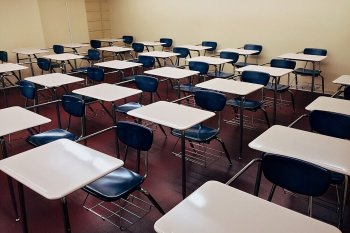 The National Secular Society has welcomed the chief inspector of schools in England's expression of opposition to faith-based "carve-outs" in regulations for independent schools.

In an interview this week with the JC, Amanda Spielman said the education watchdog Ofsted expected faith and independent schools to follow guidelines requiring them to "pay particular regard" to "protected characteristics" covered by the 2010 Equality Act.

She said the inspectorate had taken legal advice and was confident schools were required to pay attention to all the characteristics. This includes sexual orientation, which has been the subject of a particular backlash from some leaders of Charedi Jewish schools.

Spielman said the dilution of these regulations would "make me profoundly uncomfortable because that would be saying this is all right for one child and not all right for another".

"The Equality Act is a relatively new thing. Like all significant pieces of legislation, it has taken time for the ramifications to be fully understood. And when you have got something designed to enforce a number of different rights, of course there are places where they can bump into each other."

She said anyone could find parts of the law which "we are uncomfortable with but we do nevertheless as responsible citizens have to accept and go along with".

But she added that there was a need for "compromise".

"It is not for us to impose our views on what's right for children. We have to make sure we do what we are required to do without adding any layer of our own preferences."

The NSS campaigns to protect children's rights to faith-free sex education, including sex education which covers LGBT+ issues. In May an exclusive NSS report found that more than three-quarters of state-funded secondary faith schools in England were failing to teach sex education impartially.

In recent months some orthodox Jewish groups, particularly Charedi school leaders, have criticised Ofsted's enforcement of the requirement to promote 'British values' such as tolerance. Last month almost 7,000 Orthodox Jews in north London gathered for a communal prayer to show their opposition to secular education requirements. In January a delegation of orthodox leaders told schools minister Lord Agnew they would make "no compromise" with requirements to teach children about gender and sexuality.

Spielman said she had regularly met "a wide range of Jewish organisations to discuss the difficulties and tensions that can come up around inspection and I think we have approached it in a very constructive spirit and want to continue to do so".

She said some faith schools were meeting existing requirements by teaching that while same-sex marriages may not be in accord with the tenets of their faith, they are permitted by secular law.

She said teaching that some families in Britain have two mums or two dads was "absolutely sufficient" for primary schools to meet requirements on LGBT relationships.

She said state schools were expected to "go further than" independent ones because of the equality obligations facing public sector institutions.

The NSS supported the introduction of new standards for independent schools in 2014 and broadly welcomed revisions to them earlier this year.

"The last thing we want is to extend inspections to every little Saturday or Sunday school. But where children spend many hours a week in a space where nobody knows what really goes on… beside the children and the staff that work there, then those places should be subject to scrutiny."

In April the government abandoned plans for the compulsory registration of out-of-school education under pressure from faith groups. The NSS, which had called for plans for better safeguarding in response to a consultation on the subject, described the decision as a "betrayal of children's rights".

The NSS campaigns to protect the rights of all children to a proper education, including in out-of-school educational settings.

In response to the interview NSS education and schools officer Alastair Lichten said Spielman's position was "far more reasonable than those of many of her critics".

"Amanda Spielman is right to put the interests of children and society before those of the religious groups that run schools. Some faith school leaders appear determined to resist any effort to hold them to the same standards as those who run other schools.

"Dealing with independent schools requires a balance to be struck between children's rights and the freedoms of the schools themselves. Ms Spielman is right to say different rights will inevitably clash and she is right not to allow spurious demands for 'religious freedom' to override all others."

In the interview Spielman also said some reports of Ofsted inspectors asking children inappropriate questions have not matched reality: "There's a bit of an industry sometimes in misrepresenting what Ofsted inspectors have said."