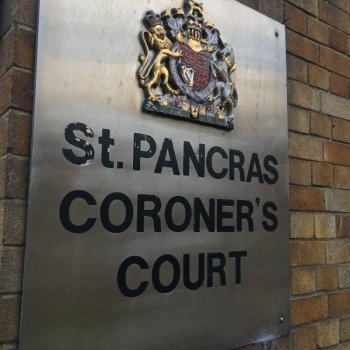 The National Secular Society has welcomed a new draft protocol for prioritising deaths reported to a London coroner, calling it "fair and balanced".

Mary Hassell, Senior Coroner for Inner North London, drafted the protocol following a High Court ruling in April against her policy of refusing to prioritise work for religious reasons.

Adath Yisroel Burial Society (AYBS) took the legal action against Ms Hassell over her withdrawal of an arrangement which gave priority to Jewish families who wanted their relatives' bodies returned quickly to allow them to carry out quick burials.

Ms Hassell withdrew the arrangement in October 2017 citing unreasonable behaviour from AYBS representatives towards her staff. She then said deaths would not be prioritised because of the religion of the deceased or their families.

But the court's judgment said coroners could not "lawfully exclude religious reasons for seeking expedition of decisions". It said coroners' policies needed to be "flexible" and enable "all relevant considerations to be taken into account". It added that it would be wrong for coroners to prioritise cases automatically for religious reasons.

The new draft protocol, released in July, says, "When considering the order of prioritisation, the sitting coroner will take all known factors into account." This includes if the deceased is "of a religion or culture where observers commonly seek early funeral", as is frequently the case in Jewish and Muslim communities.

Other factors include "family wishes expressed direct to the coroner's officer" including via a "faith or community representative", if the family and friends of the deceased "are resident abroad and with limited time in the UK", and "if the deceased is a child".

Stephen Evans, executive director of the National Secular Society, welcomed the draft protocol. "What is being proposed is a fair and equitable approach to balancing the rights and preferences of the community and individuals under the coroner's jurisdiction," he said.

"The protocol makes it clear that coroners should consider the religion of the deceased when deciding on which cases to prioritise."

"It also makes it clear that religion should not be the sole factor in the coroner's decision, and that there are a number of other factors that should also come into play."

"The protocol is fully in-line with April's ruling that policies for prioritising deaths should take all relevant into account."

But Rabbi Asher Gratt from AYBS criticised the draft protocol, saying: "Why is she creating unnecessary road-blocks to consider every case for prioritisation and not just those who ask for it?"

"She is clearly determined to continue causing irreparable hurt and offence to vulnerable bereaved families by pushing everyone into the fast-track lane so being prioritised becomes meaningless."

He added, "AYBS appear to have no regard for anyone else or the other valid reasons for prioritisation. The sense of entitlement is astonishing. This appears to be nothing more than character assassination."

The protocol was drafted following a public consultation in June.

Read more: 'We'll all suffer if we let religion dictate how public servants do their jobs' 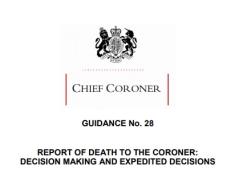 No need to prioritise requests based on religion, says chief coroner

Coroners in England and Wales are not obliged to prioritise requests which come from particular religious communities, the chief coroner has...