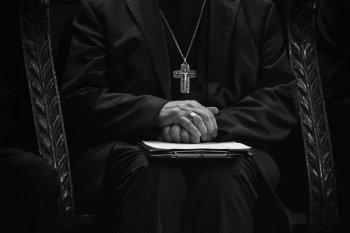 The National Secular Society has urged the Irish PM to force the Catholic Church to pay a €7 million shortfall in compensation owed to survivors of clerical child abuse.

The compensation scheme Caranua was set up in 2014 to run a fund of €110 million promised for people who were abused in Catholic institutions as children, to help with health, housing or educational needs.

These institutions include Catholic faith schools and the Magdalene laundries, institutions run by Roman Catholic orders that operated as penitentiary work-houses for so-called 'fallen' women. They have been given protection from being sued by survivors after promising to give compensation to Caranua.

The Times reported that Catholic institutions have failed to pay all the money owed to survivors, causing a €7 million shortfall in the amount they would receive. Applications for grants from survivors will not be accepted after next month.

Carauna has less than €24 million left, but estimates that it will cost more than that to cover its remaining administrative costs and the applications for grants from survivors that it is already processing.

In an open letter to Taoiseach Leo Varadkar, NSS president Keith Porteous Wood said if Catholic institutions continue to default, Mr Varadkar should ask the Pope to cover the debt. If the Pope fails to do so, Ireland should consider closing the Irish embassy in the Vatican, the letter states.

In its letter, NSS also argues that the assets of any Irish religious organisations in default should be seized and any immunity against them being sued by survivors should also lifted.

Mr Porteous Wood commented:"Religious groups in Ireland have been shamelessly reneging for years on their commitments to pay compensation, compounding the clerical abuse of victims, the highest level known in the world."

"Such blatant failures do not even prompt censure by the Church. Taoiseach Leo Varadkar should now insist on the Pope assuming responsibility to pay these debts in the interests of victims, whose welfare he assures us he takes to heart."

NSS has been working for many years to help secure justice for survivors of clerical abuse and has raised the issue several times at the United Nations.