NSS backs campaign to save town hall in west London 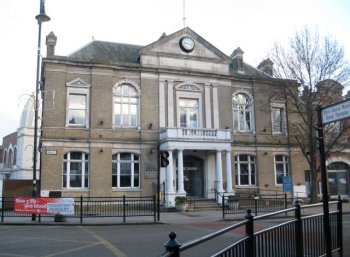 The National Secular Society has backed a campaign to prevent a town hall in west London from being leased out to a local Hindu temple.

The town hall is Grade II listed. Charities and community organisations, such as the Southall Community Alliance (SCA) and the Migrant Advice and Advocacy Service, currently use its offices.

A judicial review into the council's decision is due to be heard at the High Court on Wednesday and Thursday this week. The case has been brought by a member of the Save Southall Town Hall campaign.

At a previous hearing a deputy judge said the council must explain how it has considered the community value and use of the building and show it has undertaken an equality impact assessment.

Janpal Basran of SCA, which is part of the campaign to stop the hall's conversion, has said the sale "defies all logic" as the price is well below market value. The lease is being sold for £2.1m, while far smaller retail properties in the area are selling for £2m.

"In an increasing diverse society, it's vital that we protect and preserve secular spaces which play such an important role in bringing people of all faith and ethnic backgrounds together.

"Southall Town Hall is a much-loved community asset — plans to lease it for the exclusive use of one particular section of the community tramples all over its rich history of pluralism and multiculturalism. It's a form of cultural vandalism which must be resisted."

Harsev Bains of SCA told The Hindu: "We aren't opposed to it because a temple is involved. It wouldn't matter if it was to a Christian, Sikh, Muslim or Hindu organisation.

"We are opposed to the sale of a community asset. It's the last secular building we have where the multicultural, multi-religious, diverse communities in Southall can come together."

The campaign is also being backed by Southall Black Sisters (SBS), which campaigns for the rights of women in minority communities.

In a statement on the proposal – and another plan to sell a town hall in Ealing to a hotelier – SBS said: "These spaces are central to the work of many community groups representing the most vulnerable sections of our society who otherwise would not have access to knowledge and information or the opportunity to participate in community events.

"The demise of democratic and secular spaces will only exacerbate the isolation, inequality and marginalisation that is felt by the poorest and most vulnerable in our communities. As one of our users, a survivor of domestic violence, recently said: 'it feels as if the local authority is trimming the feathers of a bird and then telling it to fly.'"

Ealing Council has sold a number of properties in recent years, including libraries and community centres, as it has faced funding pressures.

In a letter to the local MP last year, council leader Julian Bell said the decision to sell the town hall had been made because of budget cuts and the "significant" capital investment needed to keep it safe and usable.