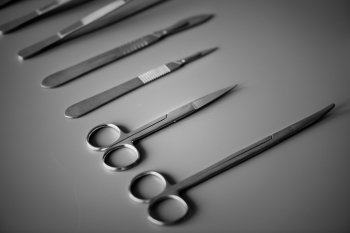 Police in Oxfordshire are appealing for information regarding a man arrested on suspicion of physically assaulting boys in connection to circumcision.

Mohammad Siddiqui, 52, was arrested on July 3 on suspicion of causing grievous bodily harm to boys who were circumcised in their own homes in Banbury in Oxfordshire and Bristol.

Siddiqui has since been released from custody but remains under investigation.

Hampshire Constabulary are leading the joint investigation with Thames Valley Police into the alleged assaults.

Detectives have called for any parents or guardians of boys circumcised, or healthcare workers who have concerns about procedures or aftercare to come forward.

DCI Fiona Bitters of Hampshire police, said: "This is a large investigation and we are already speaking to a number of people in relation to these allegations, however we would like to speak to anyone who may have information that can help us with our investigation or is concerned about a procedure which has taken place privately since 2015.

"We are asking parents or guardians of boys circumcised, or healthcare workers, who have concerns about the procedure, the aftercare provided, or the recovery to come forward.

"We are not investigating the practice of circumcision. We are investigating if any criminality took place relating to an individual's actions when undertaking this procedure or the aftercare provided."

An address in Birmingham has been searched as part of the investigation.

It is unclear from reports if Siddiqui is the same individual as a doctor of the same name who was struck off in 2015 for performing "botched and unhygienic" circumcisions on four babies in Southampton, Bath, Birmingham and Reading.

Siddiqui, who worked at University Hospital Southampton, carried out the operations in the parents' homes as an additional source of income outside the NHS.

Parents claimed Siddiqui did not wash his hands prior to the procedures, did not wear surgical gloves, failed to carry out proper examinations and did not have proper resuscitation equipment. He carried surgical materials in plastic carrier bags and used baby wipes during the procedures.

One baby suffered a seizure in response to a local anaesthetic but Siddiqui failed to act immediately and call an ambulance. The baby suffered two further seizures in hospital.

The parents of a second baby said Siddiqui accused them of "telling lies" when they phoned him because their baby was still in pain.

In a third incident, a baby began screaming in agony when the anaesthetic wore off half way through the procedure, but Siddiqui carried on, saying: "I didn't need to stop because the child was already crying."

He botched a circumcision on a fourth boy to such a degree that he had to carry out corrective surgery on the same child the following day.

An investigation by the General Medical Council revealed that Siddiqui had failed to secure valid insurance for each procedure and failed to register his circumcision service with the Care Quality Commission.

Following a three-week hearing at the Medical Practitioners Tribunal Service in Manchester, 69 separate allegations against Siddiqui were found proved and he was branded a risk to patients.

Panel Chairman John Donnelly said: ''His misconduct was both a particularly serious departure and reckless disregard of good medical practise and patient safety. Some of his behaviour as previously identified, involved breaches of very basic mandatory medical principles."

Siddiqui was suspended from University Hospital Southampton and subsequently resigned from the NHS. He continued to practice his private circumcision service.

In 2013 Consultant surgeon Feilim Murphy, secretary of the British Association of Paediatric Urologists, told BBC Radio 5live Investigates: "The biggest issue is there are a number of children who are circumcised by people who are not experienced and don't understand what is required, and there can be significant complications with that."

He added: "Unfortunately children have died in the last number of years in Britain and Ireland from circumcision-related complications."

The practice of circumcision came under the spotlight earlier this year when Icelandic lawmakers proposed a bill to prohibit circumcision without consent, calling it a violation of children's human rights.

The National Secular Society has long been committed to ending all forms of forced genital cutting.

"The situation in the UK is perverse. Ritual circumcision when performed by a registered doctor must be performed to the same high standards expected of all doctors. However, lay circumcisers are not held to the same standards which defies explanation considering the known dangers and the obvious risk of surgery performed outside a clinical environment with no medical supervision or aftercare.

"There is every reason to expect all surgery to be performed in registered surgical premises by healthcare professionals for a clear medical benefit or with the consent of the person whose body it is. By these standards it is clear that not only Mohammad Siddiqui but all lay circumcisers should no longer be allowed to operate. Instead all children must be protected from the surgical assignation on their genitals of their parents' beliefs whoever is performing the surgery."