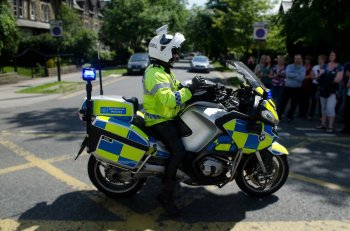 The Charity Commission has launched a statutory inquiry into Darul Uloom School London after the school's safeguarding lead and headteacher were arrested related to firearms offences.

On 30 June armed police arrived at the independent school in South London following reports of a man believed to be seen with a firearm and arrested a teacher, Yusef Musa along with his father. Musa was charged with possession of a firearm with intent to cause fear of violence. The Department for Education began proceedings to close the school before a settlement was reached.

The school – which advertises itself as "one of London's Leading Islamic Institute's [sic] of Higher Islamic Education and Secondary Education" – teaches a religious curriculum in the morning, with secular studies in the afternoon. It aims for its students to "become imams and religious leaders in the future, serving the Muslim community in the UK, and making a positive contribution towards social cohesion in our multi-cultural society". The school has had a series of negative Ofsted reviews.

In the 2018 Integration Green Paper, the Government proposed "a working group to identify the barriers to Dar ul Ulooms (Islamic theological institutes) and other religious seminaries achieving higher education accreditation of the qualifications they offer".

At the time, the NSS warned that against encouraging links between universities and Darul-'Ulooms:

"Darul-'Ulooms are a 19th-century style of religious academy. The many Darul-'Uloom academies in the UK are direct imports from Pakistan and north India. We understand that they are of Deobandi orientation, meaning that they are likely to adhere to fundamentalist theology, notably in their attitudes to non-Muslims and life in non-Muslim societies. This short example from a South African Darul Uloom argues that Muslims should not shake the hands of non-Muslims.

"One Ofsted report on a Birmingham Darul-'Uloom stated that: 'A large number of copies of a leaflet containing highly concerning and extremist views, such as "Music, dancing and singing are acts of devil and prohibited", were discovered during the inspection.' The school responded by calling the inspection 'racist'."

"It should also be noted that all Darul-'Ulooms registered in England appear to be single-sex (male), meaning that women are currently unable to access this form of education."

National Secular Society education and schools officer, Alastair Lichten, said: "This is a particularly extreme example of the growing concerns about independent faith schools. Steps must be taken to ensure children in such settings are not being put at risk, or having their education and life opportunities restricted."