Head of faith school that hired terrorist banned from teaching 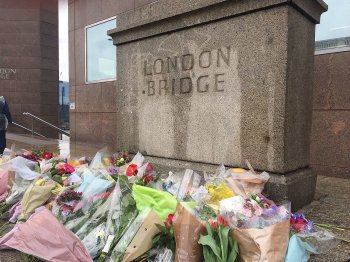 The head of an Islamic faith school that hired the London Bridge terrorist attack ringleader has been banned from teaching.

Sophie Rahman, former headteacher of Eton Community School, was given a prohibition order as a result of a teacher misconduct panel in June.

Eton Community School is an independent Islamic school for children aged 3-11 in Ilford. The Mail on Sunday reported that the school was inspected by Ofsted just two months before the terror attack and given a positive report, which even commended how teachers had fulfilled their obligation to halt extremism in pupils.

The panel found that Ms Rahman was guilty of "unacceptable professional conduct" by hiring Islamist extremist Khuram Butt as an unpaid volunteer to teach Quran classes at Eton Community School.

Mr Butt was one of the three terrorists who killed eight people and injured 48 in an attack on London Bridge and Borough Market in 2017.

The report stated that Ms Rahman had permitted Mr Butt to teach after-school classes at the school when she ought to have known about his connections to an extremist jihadist organisation and his appearance on the Channel 4 documentary 'The Jihadist Next Door.' Additionally, Mr Butt had no suitable qualifications or experience, was unable to provide any references, and had received a caution for a violent offence.

Furthermore, the report found that Ms Rahman had not adequately supervised Mr Butt's contact with the children. It is suspected that Mr Butt used the classes to expose pupils to extremist views.

Ms Rahman had also attempted to mislead the authorities by playing down the number of children who had attended Mr Butt's classes, and by telling a police officer that she only knew one of Mr Butt's jihadist contacts ('Individual S') professionally through the school, when in fact he had fathered her children.

The panel found Ms Rahman had failed in safeguarding her pupils, in addition to Prevent duties. She has been prohibited indefinitely from teaching, with no entitlement to apply for restoration of her ability to teach.