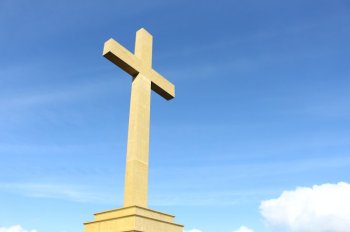 The City of Edinburgh Council has proposed creating a new remembrance space without religious symbols following advice from the National Secular Society.

Following consultation with other local authorities, the Scottish government and NHS Lothian, the council has said it plans to create a new garden of remembrance at Mortonhall crematorium where babies' ashes may be interred.

The NSS wrote to the council in March after discovering that the ashes of babies who have shared cremations are interred in the garden of remembrance at Mortonhall crematorium, which has a large cross.

No alternative arrangements are currently available for bereaved parents who opt for a shared cremation but do not wish for their baby's ashes to be interred in a space with Christian symbols. Parents who object must arrange a private funeral instead.

The NSS said in its letter to the council that its crematorium policies of meeting "all religious, secular, ethnic and cultural needs" and respecting "the wishes and needs of parents" in the sensitive issue of cremations for babies were "commendable" but that the council was failing to deliver them by not providing a non-Christian space.

"This can be resolved by ensuring a secular garden of remembrance is provided as standard for the interment of ashes," it said.

In a its annual report published last week, Scotland's HM Inspector of Crematoria said that "the lack of inclusive space for internment or scattering of ashes for those of a non-Christian faith or of no religion" had been raised recently.

The report added: "It has also been said that there is a lack of transparency in making this information known to applicants in advance of the cremation.

"There have also been concerns raised over the presence of Christian religious symbols, particularly the 'cross' in chapels and gardens of remembrance."

The proposed new garden of remembrance will be located in a separate area from the cross, and will be themed around the four seasons.

The council will make the final decision on approving the proposal after its recess at the beginning of August.

A spokesperson for the NSS said, "It is very positive to hear that City of Edinburgh Council is taking the issue of providing secular remembrance space seriously, and that it proposes to create a separate space away from the large cross at Mortonhall for interring babies' ashes.

"Funeral arrangements for very young babies are naturally an extremely sensitive issue, and so it is essential that the anguish of grieving parents is not further exacerbated by the unwanted presence of religious symbols in communal remembrance grounds.

"I sincerely hope the council will implement the proposal, and that other councils follow suit in re-evaluating their burial and funeral policies to ensure no one is disadvantaged."

In 2016 the NSS called on the government to ensure all state-owned crematoria are religiously neutral, allowing religious symbols to be added when requested.

Mortonhall crematorium made the national press in 2013, when more than 250 families discovered their children's remains had been disposed of without their knowledge. Staff at the crematorium buried baby ashes in secret and parents were told there were no ashes left when young babies were cremated.

Photo for illustrative purposes only.