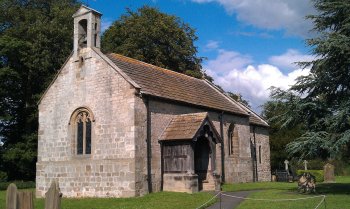 Secular school campaigners have called for the Church of England to "give up some control" where flexibility may save some small rural schools.

Lobbying by the Church to make rural school closures easier was revealed by TES in a section of the Church's report Embracing Change: Rural and Small Schools.

The TES reported that the Church is confident that Department for Education is "very open" to the change, but that the proposal is opposed by National Association of Small Schools.

The opening and closing of maintained schools statutory guidance currently requires that the case for any rural school closure "should be strong and a proposal must be clearly in the best interests of educational provision in the area". Related guidance says that decision makers "should not normally approve the closure of a school with a religious character where the proposal would result in a reduction in the proportion of relevant denominational places in the area."

No More Faith Schools campaigner Alastair Lichten said that rural faith schools "present unique and varied challenges to secular education" as in many rural areas Church of England faith schools are the only option. More than 70% of small rural schools are C of E faith schools.

"This is becoming more of a problem for freedom of belief, as the Church pressures these schools to promote a more rigorous religious ethos."

In May the NSS reported on a C of E faith school in the village of Ripley facing closure because of the diocese's refusal to let it join a secular academy trust – something the NSS called "academisation entirely on the Church of England's terms".

With changing demographics and academisation causing pressure, the report acknowledges that many "small rural schools could not continue to operate as stand-alone units" – leading to a need for them to "come together in formal groupings". But the NSS has warned that the Church's insistence that C of E schools join Church-backed multi academy trusts (MATs) – where the Church appoints a majority of trustees – or that the Church be able to appoint its own trustees to mixed faith/nonfaith MATs is reducing flexibility.

Mr Lichten said: "The guidance states that decision makers should carefully consider 'alternatives to the closure of a school'. But the C of E seems to effectively have a veto over any alternative arrangements it feels may loosen its control.

"Providing a simpler route for Voluntary Controlled schools that are entirely funded by local authorities to lose their religious designation, or join secular academy trusts without the Church gaining decision-making power in the trust, would give rural schools more flexibility. In some cases, like Ripley's, this flexibility could make the difference between a rural community keeping or losing its school. Sadly the Church are prioritising control over provision.

"Rural school closures are always complicated decisions which evoke strong feelings. Communities can't always be get what they want, but for fairness' sake they should at least be sure decisions aren't distorted by a religious agenda."