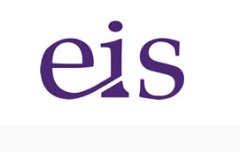 Scotland's oldest teaching union has passed a motion calling for teachers from non-Christian faiths to be given paid leave on their faiths' holy days.

The Educational Institute of Scotland (EIS) called on the Scottish Negotiating Council for Teachers (SNCT) to introduce an entitlement to paid leave for religious holidays at its AGM on Saturday. The SNCT is the body which deals with teachers' pay and conditions.

The motion says the SNCT should consider "the need for teachers who are members of faiths other than Christianity to be given a number of days paid leave on their faiths' holy days".

It is not clear whether the motion – which makes no mention of the non-religious – is intended to cover additional or existing annual leave entitlement.

Introducing the motion Sandra Scott, of the union's Edinburgh branch, said she had had a "negative reaction" to requesting time off for religious activities.

Another delegate, Lorna Malarky, said "giving paid leave to teachers and associate professionals who have faith, to participate in their holy days, will lead to much greater rewards." She appeared to blame the non-religious for objecting to additional religious leave specifically for those of other faiths.

Commenting on the proposals, Alastair Lichten, the National Secular Society's education and schools officer said: "While equality protections in the UK are among the strongest in the world, there remains a lot of confusion and inconsistency among employers. All employers have a duty to consider holiday requests fairly and should be vigilant that their annual leave policies do not discriminate (even indirectly) against religious minorities.

"If schools' policies are too inflexible – for example a blanket policy of denying any leave outside of school holidays – then they may indirectly discriminate against non-Christian staff. However, the EIS's suggestion of a blanket policy of favouring religiously motivated leave requests would also be discriminatory. If flexibility can be provided, it should be done so on a non-discriminatory basis.

"We hope no school is unreasonably standing in the way of staff or pupils practising their religion or belief. But equally schools do not have to automatically accommodate every religious request. Public services have a legitimate interest in ensuring they run smoothly, and restrictions on annual leave can be a proportionate means of achieving this.

"Inclusive schools can play a powerful role in challenging religious intolerance, and the EIS are right to point out the contribution of teachers from many different backgrounds. Sadly Scotland's system of denominational schools means that many of the EIS's members face religious discrimination including not being able to apply to some publicly-funded teaching posts without approval by the Catholic Church. If the union is serious about tackling religious intolerance, perhaps this is a better way to start."

Education staff have previously misunderstood equality when it comes to religious leave requests. In 2015 Gateway College in Leicester agreed to change a policy on religious leave after the NSS pointed out it was discriminatory and likely to be unlawful. The policy – which mistakenly claimed the Equality Act only applied "to people who belong to a religion" – gave entitled staff to an additional day's leave only for religious observances.