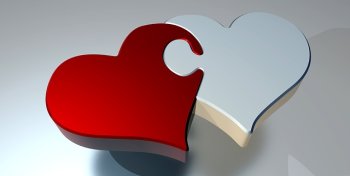 The National Secular Society has renewed its call for reform of England and Wales's marriage laws after the Supreme Court ruled in favour of opposite-sex civil partnerships.

On Wednesday a heterosexual couple, Rebecca Steinfeld and Charles Keidan, won the right to have a civil partnership instead of a marriage.

The Supreme Court ruled unanimously that the Civil Partnership Act 2004, which applies only to same-sex couples, was incompatible with the European Convention on Human Rights.

NSS chief executive Stephen Evans said: "This week's decision on civil partnerships should prompt a wide-ranging review of the marriage laws in England and Wales, which are archaic and far too complex.

"The legal institution of marriage should be regulated on a purely civil basis and marriages should be registered by state-regulated registrars.

"A genuinely secular marriage system would help to deal with the concerns which couples such as Rebecca Steinfeld and Charles Keidan have over marriage as an institution. It would also give couples greater freedom over both the contents of their weddings and where they take place."

Earlier this month the NSS revealed that it is significantly harder for those seeking same-sex or non-religious weddings to get married than those seeking religious ceremonies in England and Wales. In response the society wrote to the government calling for legislative reform to separate the legal act of marriage from religion.

Couples who enter civil partnerships are entitled to the same legal treatment in terms of inheritance, tax, pensions and next-of-kin arrangements as those who marry.

Steinfeld and Keidan have said they do not want a marriage because of its "legacy" of treating "women as property for centuries".

"We want to raise our children as equal partners and feel that a civil partnership – a modern, symmetrical institution – sets the best example for them."

A move to reform the law could mean the scrapping of civil partnerships – though this would mean defying the Church of England. Last month it was revealed that the C of E was lobbying ministers to keep civil partnerships to help it deal with its internal disputes over same-sex marriage.

Mr Evans said the government "must not let the C of E dictate its policy".

"The law on marriage and civil partnerships should be crafted to reflect the interests of couples who enter them and society as a whole. It's not the law's job to act as a sticking plaster covering the established church's internal embarrassments."

Meanwhile the NSS is continuing to call for marriage equality in Northern Ireland, where same-sex marriage is not legally recognised.