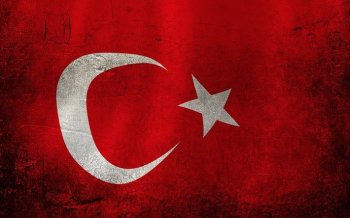 In his 15 years in power he has also vastly expanded Imam Hatip ('cleric preacher') religious schools. There were 450 of them in Turkey in 2003; today there are 4,500.

Roughly half the courses at Imam Hatip schools are religious and students must pass classes in the Qur'an and Arabic in order to matriculate from them.

In one example cited by the New York Times, parents in the Besiktas district of Istanbul tried to stop their local school from being turned into an Imam Hatip school. Their protest has now become part of the Movement for Secular, Scientific Education, which brings together opponents of faith-based education from 20 cities.

Parents say a class of 12-year-olds at the school were shown a violent film which told the children they would suffer "horror" for renouncing their faith and caused several of them to have nightmares.

The government has continued to build religious schools despite their lack of popularity. The education ministry said 69% of places in them were unfilled in 2016. Fourteen per cent of pupils in Turkey — roughly 1.4 million — were studying in religious schools in 2017.

Some observers in Turkey link the excessive focus on religion to its fall in international rankings which evaluate children's critical thinking.

While he was prime minister six years ago, Erdogan promised to "raise a pious generation". Opponents now fear his re-election will give him almost unchecked authority to fundamentally change Turkish society –restoring Islam to public life and eroding the secular nature of the republic. Last year he wona referendum on a package of constitutional amendments that will grant him sweeping new powers.