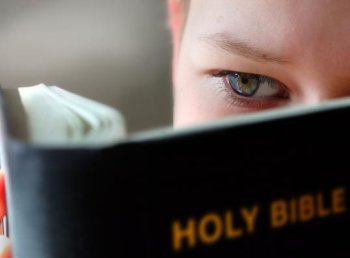 The National Secular Society has asked the government to stop funding religious inspections of faith schools after the Church of England announced plans to make them more rigorous.

In a newly-published schedule the church has outlined plans for more intensive inspections of religious education provision in voluntary controlled (VC) schools. VC schools generally teach RE in accordance with syllabuses agreed by local authorities. This is in contrast to voluntary aided (VA) schools, which teach denominational RE in line with their religious ethos.

The church's Statutory Inspection of Anglican and Methodist Schools (SIAMS) evaluations will now explicitly include assessments of RE teaching in current and former voluntary controlled (VC) schools. The guidance says inspectors will evaluate how effectively "religious education expresses the school's Christian vision" and "pupils flourish through the provision of high quality religious education reflecting the Church of England Statement of Entitlement".

The Statement of Entitlement promotes a theological approach to RE teaching. It outlines three aims of teaching RE: "to enable pupils to know about and understand Christianity as a living faith that influences the lives of people worldwide and as the religion that has most shaped British culture and heritage"; "to enable pupils to know and understand about other major world religions and world views, their impact on society, culture and the wider world, enabling pupils to express ideas and insights"; and "to contribute to the development of pupils' own spiritual/philosophical convictions, exploring and enriching their own beliefs and values".

It explicitly says schools which are required to teach less than two-thirds of their RE curriculum about Christianity should "enrich their Christianity input". It also promotes the church's Understanding Christianity resource, which says schools should develop "theological thinking" among pupils as part of its drive to ensure "every child has a life enhancing encounter with the Christian faith and the person of Jesus Christ".

In 2013 the church's inspectors were allowed, rather than required, to take account of the statement.

During SIAMS evaluations the church undertakes a broader inspection regime of schools as a whole. Inspectors will be charged with answering the question: "How effective is the school's distinctive Christian vision, established and promoted by leadership at all levels, in enabling pupils and adults to flourish?"

They will make judgements on seven areas, which include "wisdom, knowledge and skills", "dignity and respect" and "the impact of collective worship".

In the process they will consider the extent to which "values" are "grounded in a clear theology firmly rooted in a Christian narrative". NSS education and schools officer Alastair Lichten said this would "further the tendency of SIAMS reports to criticise schools for promoting values like tolerance as 'shared', as opposed to distinctly Christian or Christian in origin".

In light of the publication the NSS has written to the Department for Education and asked it to confirm that grants to the church to support these inspections will not increase. Last year NSS research revealed that the DfE had given almost £5m of public money to "faith bodies" to inspect the religious ethos in faith schools over the previous six years.

The NSS also expressed concern about the impact of the schedule on multi-academy trusts which contain both church schools and non-faith schools. The schedule says a leader of a C of E school is expected to "ensure that the distinctively Christian nature of its vision is maintained, remains discernible and is effectively applied within any multi-academy trust or federation partnerships into which it enters".

The NSS has also written to Ofsted seeking assurances that the news SIAMS regime will not undermine inspection of religious education in VC schools, saying: "The purpose of state-funded inspections should surely be to ensure that schools are serving the needs of their pupils, not the interests of religious organisations."

The letter sought assurances that Ofsted's inspections would "guard against promoting exclusive religious claims to the practice or origin of 'Fundamental British Values', and other broadly held values" and "not be undermined by the competing aims of SIAMS inspections" to which RE in VC schools is now subject.

Mr Lichten said the shift in tone between the 2013 schedule and the 2018 one was "marked" and that the guidance would "further blur the line between learning about religion and learning how to be religious".

"This is part of the church's systemic efforts to increase the fervency with which 'its' schools promote their religious ethos. As the C of E's adherence falls it is increasingly looking to state schools as vehicles to promote faith in general and the Christian faith in particular. It gives the lie to the myth that 'church schools' aren't faith schools.

"The government and Ofsted should stand up to the C of E. Education should open children's minds, including by treating religion as impartially as possible. Giving religious institutions the power to tell teachers what to do and decide what children should be learning undermines that."

The NSS is calling for reform of RE to give every pupil a national entitlement to high quality, non-partisan education about religion and belief and to prevent the subject being used to advance a religious ethos.