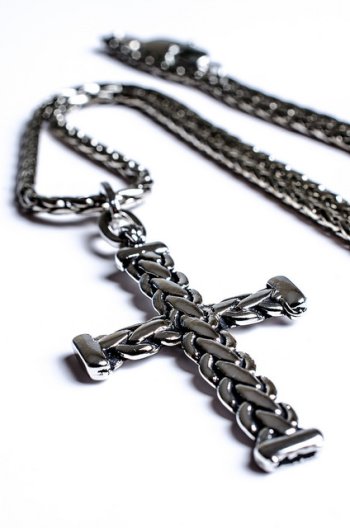 The National Secular Society has said the government "must consider proportion and context" as it prepares to tell businesses to allow employees to display religious symbols at work.

This month the Equalities Office will publish guidance outlining what businesses may or may not tell their staff on how to dress. The rules will say employers "should be flexible and not set dress codes which prohibit religious symbols that do not interfere with an employee's work".

Equalities minister Victoria Atkins told the Sunday Express: "Discrimination in the workplace is not only completely unacceptable but also against the law. We will not stand for it.

"We live in an integrated and cohesive society with a proud tradition of religious tolerance and I want to see that reflected in workplaces across the country.

"As long as it doesn't interfere with someone's work they should just be allowed to get on with the job."

NSS spokesperson Chris Sloggett said the announcement was "thin on substance" but added that ministers "must consider proportion and context in this debate".

"The law is already well-established in this area and we hope this intervention from the government isn't an attempt to rally support from those pushing false narratives of religious persecution in the UK.

"The new guidance must not excessively hamstring employers, who may have a legitimate reason to restrict the way their employees present themselves. For example they may have concerns over health and safety, treating staff equally or presenting a philosophically neutral stance to clients or the public.

"But if an employer does place restrictions it's reasonable to require them to be proportionate in the context of its wider dress codes, and to have a legitimate purpose."

Last year the European Court of Justice ruled that employers could ban the wearing of visible signs of political, philosophical or religious beliefs if they did so as part of a general policy which was appropriate and necessary. The court's ruling, which came after a claim that a company which banned the headscarf in Belgium had discriminated against employees, made clear that the test of proportionality would be context-sensitive.

In 2013 the European Court of Human Rights ruled that British Airways had discriminated against an employee who was asked to conceal a cross necklace that she wore on the outside of her uniform, contravening BA's uniform policy for jewellery. But it also ruled that a hospital had the right to ask a nurse to do so for health and safety reasons.

The new guidance will tell companies to consult their employees to give them a say over any proposed changes to their workplace's dress code.