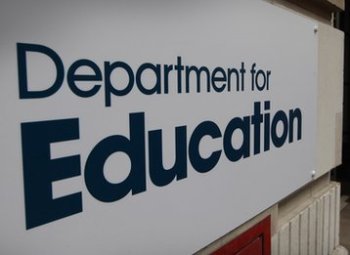 The Department for Education warned 12 independent faith schools that they were failing to meet the standards expected of them in November 2017, newly-published letters have revealed.

The DfE told the schools to address "serious regulatory failings" issues including gender segregation, the breadth of curricula and the preparation of children for life in British society. In some cases the schools had broken equality law.

Six of the schools were offering an Islamic education; three a Jewish one; and three a Christian one. The failings came to light during recent Ofsted inspections.

At Fig Tree Primary School in Nottingham, which says it provides an "Islamic education", inspectors noted failings in all eight categories of the independent school standards.

Ofsted found that boys and girls at Olive were treated differently enough to affect their personal development. It said girls did not get regular opportunities for physical education and boys did not get the same quality of English teaching as girls. It also criticised the school for violating equality law by not accepting pupils with special educational needs.

Fig Tree, Olive Tree School (an Islamic school in south-east London) and Talmud Torah London (an orthodox Jewish school for boys aged five to seven) had failed to "encourage respect for other people".

Talmud Torah London was also criticised for failing to promote "fundamental British values", "tolerance and harmony between different cultural traditions". Hope House School in Barnsley, which has a Christian ethos, was also subject to those criticisms.

The notices called on the schools to submit action plans, explaining how they intended to respond, by December. They were to be implemented by February and could be rejected at the secretary of state's discretion.

A National Secular Society spokesperson said the faith schools "should be held to the same standard as those which are not religiously affiliated".

This is the third round of warning notices to independent schools which the DfE has published this year. In March the reports outlined failings at six Islamic schools in London, Leicester and Wolverhampton. In February the notices covered nine schools, three of which were Islamic, one Orthodox Jewish and one Christian.

All private schools are measured against the independent school standards. Ofsted only inspects around 1,000 small schools in the private sector, as these do not belong to the Independent Schools Council.