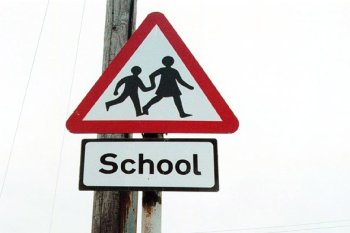 A primary school in Surrey is to close after the local Church of England diocese refused to allow it to join a secular multi-academy trust (MAT).

In May 2017 Ripley C of E Primary School was ordered to join a MAT or face closure after an inadequate Ofsted review. The church's Diocese of Guildford declined to join the school to its trust, the Good Shepherd Trust (GST), and blocked an educational trust's proposal to take over the school.

The National Secular Society understands representatives of the South Farnham Educational Trust (SFET) assured the diocese that Ripley Primary's religious character would be maintained, but were unwilling to have 25% of their own governance appointed by the church. In response the diocese blocked SFET from investigating the possibility of taking over the school.

A memorandum of understanding between the C of E and Department for Education allows dioceses to decide which trust any of 'its' schools join. When a C of E faith school joins a non-church MAT the diocese typically requires the trust to have at least 25% of the trustees (who oversee the governance of all schools in the MAT) appointed by the church. The NSS has repeatedly criticised this situation.

Reporting by Get Surrey suggests the regional schools commissioner for the region, Dominic Herrington, had said the diocese was blocking SFET's chief executive from doing due diligence.

NSS education and schools officer Alastair Lichten said: "Different dioceses are taking different approaches to the memorandum of understanding, and how aggressively they are using it in pursuit of their own or the church's national agenda to increase religious control over 'their' faith schools."

The leader of Guildford Borough Council, which includes Ripley, has expressed his disappointment at the possible closure of the school. In a recent letter to the leader of Surrey County Council, Paul Spooner wrote that the closure would be "a great loss to the residents in the village". He also asked decision makers to "ensure that future development is considered before a decision is made to close a school".

Speaking to the NSS a local resident and parent, Catherine Bremford, criticised the closure.

"The diocese may be ready to give up on the school, but the community, Ripley Parish Council and Guildford Borough Council are not. Allow a non-church MAT to sponsor our village school. Safeguard the religious character (if you must), but don't allow our school to close just because GST chooses not to take it on.

"As a parent living in Ripley, I was outraged when we looked into state school options for our daughter. Of the five closest schools, four are C of E and we would not get a place in the fifth as we live too far away. We had no choice but to send our child to a church school despite our beliefs. This is unacceptable in this day and age.

The diocese's trust sponsors a non-church school and seeks to offer non-faith schools "the opportunity to affiliate within the diocesan school network".

Mr Lichten said: "Yet again we are seeing academisation entirely on the Church of England's terms. Decisions about school closures and reorganisations are always matters which elicit strong opinions. These difficult issues are only made more so when one organisation can veto decisions which don't suit their agenda.

"We won't know whether the South Farnham Educational Trust would have been the right option for the Ripley Primary – thanks to the diocese's veto. Had taking on the primary led to the trust being forced to accept church appointed members or trustees that would have also caused problems.

"The option that Ripley Primary School could simply drop the religious character and become a community school in a non-church MAT – or even that it join a non-church MAT as it is – appears to be entirely off the table. Perhaps the diocese's disinterest could be an opportunity to address the appalling lack of secular school provision in this area."