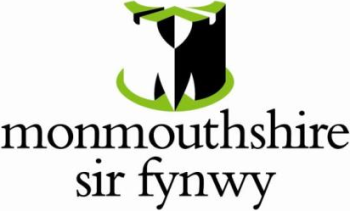 The National Secular Society has reiterated its call for the abolition of local religious education committees amid complaints about the conduct of a committee's members in south Wales.

This week councillors on Monmouthshire County Council accused some members of the Standing Advisory Council for Religious Education (SACRE) in Monmouthshire of discriminatory attitudes and a lack of productivity.

A meeting of the council's democratic services committee heard that recent SACRE meetings had been so unproductive that the election of a chair had been delayed for months. The SACRE sets the religious education curriculum in the county's schools.

Tony Easson, of Labour, said a meeting in June had seen a great deal of dissent over the chair's appointment, partly because committee members were calling for more Christian faith representation and less for other faiths.

Tudor Thomas, a Labour councillor who sits on the SACRE as a co-opted member, said its "whole ethos and atmosphere had changed". He added that some of those who had complained about the SACRE's conduct after a fractious meeting in October had yet to receive a reply from the council.

Jo Watkins, a Liberal Democrat, said the SACRE had become "argumentative" rather than "productive".

The chair of the NSS's Secular Education Forum, Keith Sharpe, said the episode "highlights once again the error of handing local SACREs the power to determine how religion and belief issues are taught".

"Children's right to an education which opens their minds should not be subject to the whims of faith leaders, appointed to local authority committees, pushing their agendas.

"The government needs to abolish SACREs as part of a comprehensive effort to reform RE. That reform must give children a national entitlement to a broad, balanced curriculum in which they think critically about faith and belief."

The NSS is campaigning for the abolition of SACREs as part of its 21st Century RE for All campaign, which calls for all children to be entitled to an impartial religion and belief curriculum. Earlier this month the society hosted a conference on 21st Century RE for All, where experts called for reform of the way religion and belief are taught in schools.