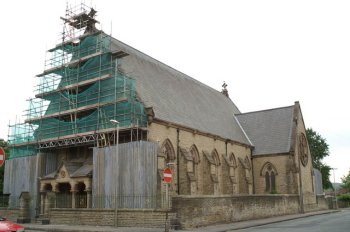 The National Secular Society has criticised the government for failing to give adequate consideration to the Church of England's financial status before launching a scheme to fund church repairs.

This weekend the government announced that a pilot scheme will give listed places of worship in Manchester and Suffolk a share of £1.8m for minor repairs. Projects will begin in the autumn and eligible buildings will be able to access £500,000.

The decision follows the publication of the Taylor review into the sustainability of English churches and cathedrals in December. The review called for more local authority and central government funding for the care, maintenance and repair of England's 16,000 churches.

In January NSS representatives met the Department of Digital, Culture, Media and Sport (DCMS) and urged the government to take the Church of England's vast wealth into account before handing out any more grants to assist it with building repairs.

In a letter following the meeting the NSS said it agreed that "the nation's heritage buildings are a valuable asset, and those of architectural, cultural and historical significance should be preserved". But it added that the sustainability review "could lead to a situation whereby the church becomes over-reliant on funding from taxpayers despite having clear means to sustain itself through its own existing assets".

"Most instances of taxpayer support must show financial need, which includes not only income but also savings and investments. Financial support for the Church of England should also be considered on the same basis and should include the church as a whole rather than simply a single legal entity within it.

"Increasing state investment into the church will not ultimately make the church sustainable. Nationalisation makes industries more resistant to change; to be truly sustainable, the church needs to be given the autonomy to change and financially support itself."

The C of E is thought to hold assets in excess of £15bn. Its church commissioners have an £8bn investment portfolio. It also has £4.7bn in dioceses, £1bn in cathedrals and an estimated £1-10bn in parish church councils.

These figures do not include the church's supporting charities, which also have considerable funds available. The church has received at least £810m of public money since 1999 and recently announced plans to spend £24.4m on evangelism projects.

The NSS's letter said the church's fragmented financial structure "means that the true value of its assets goes overlooked". It also noted that eight of the 12 panel members who put together the sustainability review were actively involved in the church and all but two represented grant-receiving bodies.

"The buildings in question are significant but the Church of England has the ability to pay for these repairs. When the C of E says 'jump', the government is far too quick to respond 'how high?'.

"The government should see the whole picture instead of swallowing the church's scaremongering. Taxpayers expect their money to be spent wisely, especially in relatively austere times."

In a letter to the Guardian this weekend NSS president Keith Porteous Wood said the C of E "should use its own realisable assets to pay for maintenance".

Heritage minister Michael Ellis defended the decision, saying: "Britain has an incredible array of historic buildings important to all faiths which tell the story of our shared history and our communities".

He claimed that "the costs of caring for and protecting many listed places of worship can be prohibitive and lead many to fall into disrepair".

Shortly after the publication of the Taylor review a working group within the Church of England called for "dialogue with the government about state funding for cathedrals".

The NSS also campaigns for the end of the chancel tax, an ancient ecclesiastical law which leaves landowners in England and Wales, including domestic landowners, liable for repairs to their local Anglican church.