NSS calls for school integration in NI amid religious polarisation 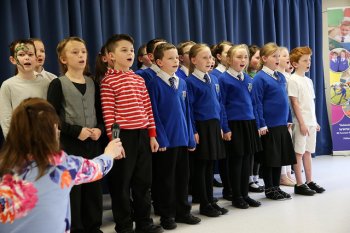 The National Secular Society has reiterated its call for action to integrate schooling in Northern Ireland after a poll revealed the extent of religious polarisation there.

This week pollsters from Sky Data found that 51% of people in Northern Ireland have few or no friends from religious groups other than their own. Among 18-34 year-olds the figure was 58%, as high as any other age group.

The poll also found that 69% of people in Northern Ireland support integrated education.

The data was published 20 years after the Belfast Agreement (also known as the Good Friday Agreement) which marked the end of the Troubles in 1998. The agreement specifically called for effort to promote schools which included children from different religious backgrounds.

It said: "An essential aspect of the reconciliation process is the promotion of a culture of tolerance at every level of society, including initiatives to facilitate and encourage integrated education and mixed housing."

In February Northern Ireland's Department of Education said "more than 23,000" children were participating in integrated education. This represented little more than seven per cent of the total number of children attending school between years one and 12 in Northern Ireland.

Last year the BBC reported that 93% of children in Northern Ireland were educated at schools where pupils from either Protestant or Catholic backgrounds were dominant.

Last year the NSS welcomed proposals by Kellie Armstrong, an Alliance MLA, to boost integrated education, saying "efforts to integrate Northern Ireland's education system remain woefully slow". The proposals have been held up as Northern Ireland has been without an executive since January 2017. In recent weeks the Westminster parliament has begun discussing bills on several issues which are normally devolved to Northern Ireland.

The United Nations Committee on the Rights of the Child has also backed integrated schooling. In 2016 the committee called upon Northern Ireland to "actively promote a fully integrated education system and carefully monitor the provision of shared education, with the participation of children, in order to ensure that it facilitates social integration".

Responding to the latest poll, NSS chief executive Stephen Evans said the issue should be "a major priority".

"The increasing integration of education in Northern Ireland over the last 20 years has been welcome but the pace of change has been glacial. The Belfast Agreement explicitly acknowledged the importance of teaching children from different religious backgrounds together and politicians making decisions which affect Northern Ireland should make sure their actions live up to the rhetoric."

Roisin Marshall, the CEO of NICIE, said "many schools continue to be over-subscribed and therefore there is still great potential for increasing the places for young people".

The Sky poll also found that found 76% of people in Northern Ireland support same-sex marriage and 54% support unrestricted access to abortion for women up to 12 weeks pregnant.