Mother calls for boys to have legal protection from genital cutting 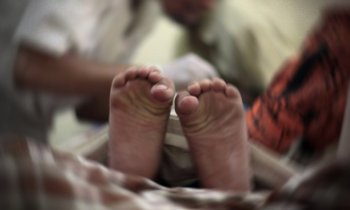 A woman is challenging a Crown Prosecution Service decision not to prosecute a doctor after her son was subjected to a harmful circumcision without her consent.

According to the Sunday Times, the boy was in such pain after his genitals were cut that he could not wear a nappy.

The mother's lawyer, Saimo Chahal QC, a partner at the London law firm Bindmans, is seeking to challenge a Crown Prosecution Service decision taken last November not to prosecute. His mother, who has not been named in order to protect her son, says boys should be given the same protection as girls get from FGM.

The Sunday Times has reported that the baby was conceived after the mother had a casual affair with a Muslim man. The baby was with the family during the Eid festival when the grandmother took him to be circumcised with the consent of the father but not the mother. The mother has sole parental responsibility.

Female genital mutilation has been a criminal offence in the UK since 1985. But the mother said "nobody really gets" the problem with male circumcision.

"I have had to lay my son on a towel and not even been able to put him in a nappy because he is scratching away and he is in that much pain and somebody has inflicted that on my child," she said.

"Somebody needs to be held accountable for what they are doing to little boys."

The CPS has reportedly previously written to her to say: "Had it been the case that [the doctor] had performed the operation knowing that you did not consent, then potentially his actions would have amounted to assault."

Infant male circumcision is increasingly under the spotlight largely due to an international community of medics, lawyers and human rights workers challenging the practice. A draft bill to end non-therapeutic male genital cutting currently before the Icelandic parliament says circumcision without consent is a violation of children's human rights.

The National Secular Society, which has long campaigned for an end to all forms of forced genital cutting, has called on the UK government to follow the lead of the lawmakers who introduced the bill in Iceland.

In response to the latest story NSS CEO Stephen Evans commented: "For too long, the most basic rights of young boys have been ignored due to an unwillingness to question this particular religious and cultural practice.

"The time has surely come to prioritise child safeguarding over parents' wishes to express their religious beliefs through the cutting of their children's genitals. Parents shouldn't be entitled to demand surgical procedures that are contrary to a child's best interests."