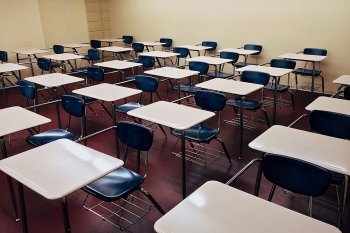 The National Secular Society has criticised the government's "betrayal of children's rights" after it abandoned plans for the compulsory registration of out-of-school education under pressure from faith groups.

In a report published yesterday, the Department for Education said it wanted to ensure it did not place "unnecessary regulatory burdens" on out-of-school educational settings (OOSES) or limit "parents' choices on how to educate their children".

It said it would instead consult on "a voluntary code of practice" which would "set out clear standards for providers, explaining what they need to do in order to run a safe setting".

The report was the department's belated response to a three-month consultation into proposed regulation which took place in 2015-16. The original proposals would have required OOSES such as madrassas and yeshivas which teach more than a set number of hours to provide basic information about themselves. They would also have empowered inspectors to impose sanctions if the OOSES were failing to safeguard children and promote their welfare.

Religious groups' objections were a significant reason for the decision not to adopt the proposals. The consultation received more than 3,000 responses, more than half of which (54.7%) were from faith groups. The report said the "primary cause for concern" over the proposals related to the effect they would have on "out-of-school settings being able to exercise religious and other freedoms".

"Many correspondents" had also said "the enforcement of fundamental British values may inhibit the religious teaching that currently takes place" within the settings.

In its submission the NSS broadly supported the government's "willingness to balance parental rights and religious freedom against children and young people's independent rights and societal interests", while stressing that "any response should be proportionate, evidence-based and be focused through the lens of safeguarding rather than security."

In response to the DfE report NSS chief executive Stephen Evans called the decision not to regulate "shocking".

"The need for better safeguarding of children in supplementary schools, both from exposure to extremism and against physical and sexual abuse, is absolutely clear. The government's alarming decision to pander to religious lobbying and not regulate out-of-school educational settings where children spend a significant amount of time is nothing short of a betrayal of children's rights."

The NSS first raised concerns about supplementary schools with the government in 2011 when research showed over 400 allegations of physical abuse (including 30 of sexual abuse) had been made at Britain's madrassas in the preceding three years – figures that the then chief crown prosecutor for the north-west of England said represented "a significant underestimate".

Since then the society has repeatedly called for action to prevent faith groups from exploiting the lack of regulation of unregistered schools to restrict children's opportunities and promote discriminatory attitudes.

Research by the BBC found that more than 30,000 children went missing from English and Welsh schools for "substantial" periods during the 2014-15 academic year. Education watchdog Ofsted has investigated more than 350 sites suspected of being unregistered schools in the last two years, but has few powers to inspect or close them.

Earlier this year Amanda Spielman, the chief inspector of schools, called for "changes to legislation" to give Ofsted more power to regulate out-of-school provision. She also criticised the Church of England for resisting such changes.

The DfE said it would continue to gather evidence on whether compulsory registration was necessary. It also said it would make £3m available for local authorities, the police, Ofsted and other agencies to target "the small minority of settings which may be exposing children to harmful practices".