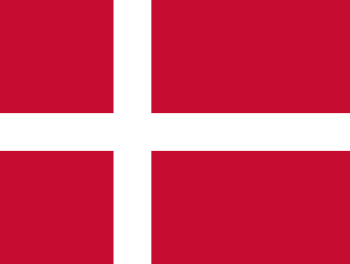 An attempt to outlaw the cutting of healthy children's genitals in Denmark is set to fail, despite the opinions of children's rights activists and medical experts.

On Tuesday the Liberal Party (Venstre) announced that it would oppose a proposal to introduce a gender-neutral age of consent of 18 for circumcision unless it is medically necessary. Venstre currently leads the ruling coalition in Denmark.

Lena Nyhus, the chair of pressure group Intact Denmark, launched the proposal as a citizens' initiative in January. This tool allows people to put items of interest on the parliamentary agenda if they can gain the support of 50,000 people within 180 days.

By this Wednesday afternoon Nyhus's petition had 44,932 signatures.

It says society has a "special obligation to protect children's fundamental rights until they reach an age and maturity where they can take over this responsibility themselves".

It adds that "all children under the age of 18 regardless of sex, cultural background or religious convictions" should "have the same legal requirements for bodily integrity and autonomy".

When she launched the petition Nyhus said: "If people want to let themselves be circumcised then they should have the opportunity to make that choice as an adult. Otherwise, they ought to be allowed to grow up with their body intact."

The two junior members of the ruling coalition, the Liberal Alliance and the Conservative Party, have said their MPs will be given a free vote on the issue. The Socialist People's Party (SF) is the only one requiring its MPs to vote in favour of the proposal.

"We had no problems deciding to forbid female circumcision, we had no problem scrapping the right for parents to smack children, and now it's time to get to grips with this issue."

A spokesperson for Venstre, Jakob Ellemann-Jensen, told the Berlingske newspaper the issue had split the party. "Many have veered both for and against. There are really a lot of arguments both for and against, and many among us held different views."

Stephen Evans, the National Secular Society's CEO, said the latest developments were "frustrating" but added that it was "encouraging to see growing pressure for action to protect the right of children to grow up with intact bodies".

"There are two clear reasons why action on forced genital cutting is needed. Firstly there is a clear medical consensus that ritual infant circumcision is harmful. And secondly children must be given the chance to decide what to do with their own bodies when they are old enough to do so.

"It's frustrating to see politicians giving in to religious groups' scaremongering, but Intact Denmark has made a compelling argument which will resonate in its own country and many others. Politicians around the world should take note of it."

Earlier this month an influential children's rights group strongly criticised the ritual circumcision of boys in an official report. The Child Rights International Network said the practice "goes against medical ethics" and was a "violation of bodily integrity" which "unnecessarily" exposes children to risks.

In 2016 the Danish Medical Association said circumcision should only be performed with "informed consent". The Royal Dutch Medical Society, the Council of Europe and the Nordic children's ombudsmen are also among those to recommend discouraging the practice in recent years.

Opposition to restrictions is mainly driven by concern about Jewish and Muslim religious sensitivities. Earlier this month the Jewish group Mosaiske claimed the Danish proposal "threatens the right of religious minorities to exist on a par with their fellow citizens".

The Danish Health and Medicines Authority has recently estimated that between 1,000 and 2,000 boys are subject to forced genital cutting in Denmark each year, mainly from Jewish and Muslim backgrounds.

In 2014 an opinion poll by Danish newspaper Metroxpress found that close to three-quarters of Danes supported measures to ban the ritual circumcision of boys.

Meanwhile this week religious leaders have stepped up their lobbying of the authorities in Iceland to resist a similar measure. Jonathan Arkush, the president of the Board of Deputies of British Jews, told the JC he was "tentatively optimistic" that a ban on the circumcision of boys for non-medical reasons may not pass after visiting officials in Reykjavik.