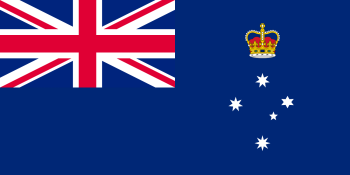 The Australian state of Victoria is considering ending the status of 'advancement of religion' as a charitable purpose and rescinding religious institutions' automatic tax exemptions.

Fiona Patten, an MP with the Reason Party, has tabled a private member's bill in the state legislature's upper house to amend its Charities Act. The bill is expected to be debated in Victoria's parliament over the next few weeks.

The bill would mean religious organisations would need to justify their charitable benefits according to secular criteria if they wanted to keep them.

In December Reason said the bill would "ensure that tax exemptions for charities in Victoria only apply to those organisations engaging in objectively charitable works". It added that "genuine charitable work, including the charitable work performed by religious institutions" would continue to be tax exempt.

On her website Patten has written that "religious organisations should be treated equally and be subject to the same laws as other organisations".

"Most people understand charity to be the voluntary giving of help to those in need – it is that compassionate activity that should be tax exempt. I do not in any way oppose tax deductions for genuine charitable works by religious institutions which benefit the wider community, but I believe that only genuine charitable work should be tax exempt."

Patten has also criticised the fact that many faith-based institutions remain unincorporated associations in Victoria. "I believe that faith based institutions should have a corporate identity, so they may then sue and be sued, just like anyone else," she has written. "This is particularly relevant to victims of institutional child abuse."

She has also said commercial enterprises owned by religious institutions should be subject to the same legal and financial laws as other commercial entities.

The Victorian government has previously said it does not plan to change the current system. But the bill could have implications across Australia. Reason says it is "effectively the first step toward parliamentary debate around the country to allow religious institutions in Australia to be taxed". Since its introduction there have been calls for the category of basic religious charity to be removed from Australian legislation.

The measure has met a fierce backlash from some faith groups. In the legislative chamber last month Francis Moore, executive director of the Catholic archdiocese of Melbourne, claimed ending 'advancement of religion' as a charitable purpose would represent "an attempt to overthrow a major underpinning of society as we know it".

Moore also referred to the UK as an example of a country where 'advancement of religion' is officially a charitable purpose.