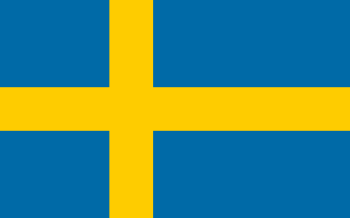 The governing party in Sweden will propose ending the role of publicly-funded religious 'free' schools in its manifesto for the country's autumn general election.

In a press release on Tuesday the Social Democratic Party said: "Religious influence has no home in Swedish schools. The Social Democrats want school to provide all children with a good education regardless of their background, gender or religion."

Sweden has over 70 religious schools. The majority of them are Christian, about 11 of them are Islamic and a handful of them are Jewish. Most of the country's schools are run by local authorities.

The Social Democrats' policy would apply to schools which are publicly funded and must follow government guidelines on the curriculum but otherwise operate independently.

The National Secular Society said the move should "remind politicians in the UK to take on the pro-faith schools lobby".

Alastair Lichten, the NSS's education and schools officer, said: "We often hear that it's too hard to take on religious interests in our education system, but this is a reminder that it's both desirable and possible to roll back their influence. Politicians in the UK should take note."

The NSS campaigns for an open and inclusive education system, including the phasing out of state-funded faith schools. Faith schools make up around a third of publicly-funded schools in England and Wales. Many Scottish and Northern Irish schools are divided along sectarian lines and religious officials have an automatic role on local authority education committees in Scotland.

Two of the Social Democrats' ministers presented the policy at a press conference on Tuesday.

Anna Ekström, the minister for upper secondary school and adult education, said: "For us it's clear that no student should be subjected to religious influence in school. To have faith or not should be every child's own choice."

Ardalan Shekarabi, the minister for public administration who grew up in Iran, said he did not intend to allow the "oppression which I and many others fled from to make its way into Swedish schools". He added on Twitter: "In Swedish schools it should be teachers and principals who govern, not priests and imams."

The two ministers said the move was partly designed to tackle increasing religious segregation in the country. In recent months in Sweden an Islamic headmaster who expressed a desire to live in a state governed by sharia 'law' has been allowed to open a new school, and the country's discrimination ombudsman has ruled that gender segregated sports lessons at an Islamic school were potentially discriminatory.

The announcement came two days after Sweden's education minister said the country would ban groups which do not support gender equality from starting or running schools.

In an article in a Swedish newspaper Gustav Fridolin wrote: "The regulatory framework will be tightened. Those who do not support fundamental values around equality and human rights should be stopped from running free schools in Sweden.

"No child should be exposed to direct or indirect compulsion to take part in religious activities in any school in Sweden. And all education should be completely free of religious influence."

In an accompanying interview he said the government - which the Social Democrats lead in a minority arrangement with the Greens - was not interested in bringing in a total ban on religious schools in Sweden.

The Social Democrats will also propose a new law testing the fitness of those who propose starting and running independent schools.