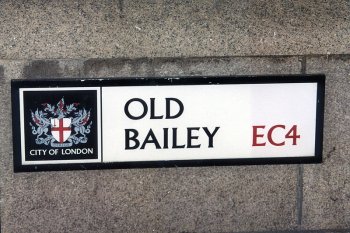 The National Secular Society has asked the lord chief justice to "ensure judicial office holders refrain from theological interpretation" after a judge told a terrorist Islam was "a religion of peace".

On Friday Mr Justice Haddon-Cave sentenced the Parsons Green bomber Ahmed Hassan to life in prison and ordered him to serve a minimum of 34 years. As he closed his sentencing remarks at the Old Bailey he told Hassan he "should understand that the Qur'an is a book of peace; Islam is a religion of peace".

"The Qur'an and Islam forbid anything extreme, including extremism in religion," the judge said. "Islam forbids breaking the 'law of the land' where one is living or is a guest. Islam forbids terrorism (hiraba). The Qur'an and the Sunna provide that the crime of perpetrating terror to 'cause corruption in the land' is one of the most severe crimes in Islam.

"You have violated the Qur'an and Islam by your actions, as well as the law of all civilised people. It is to be hoped that you will come to realise this one day."

In a letter to Lord Burnett of Maldon, NSS chief executive Stephen Evans wrote that the judge's remarks had "undermined the principle of judicial impartiality and the universal applicability of secular law".

"We have no doubt that Justice Haddon-Cave's remarks were well-intentioned. We do however consider them to be profoundly unwise. We therefore urge you to ensure judicial office holders refrain from theological interpretation and limit themselves to interpreting the law of the land."

Mr Evans said judicial office holders "must be expected to treat everyone equally before the law, regardless of religion or belief".

"Justice Haddon-Cave's remarks may give rise to the perception that Mr Hassan is being dealt with differently on account of him 'violating the Quran and Islam'."

Mr Evans said the judge had appeared to "imply that secular law is insufficient to justify the conviction and sentencing", with the risk of encouraging those who want parallel justice systems.

He said judges opining on religious matters in their official capacity could "give rise to a perception of partiality towards or against the religion, or its adherents" and undermine "the principle of neutrality and impartiality".

He added that the judge's "highly contentious" interpretation of Islamic texts risked "undermining public confidence in the judiciary and creating a negative public perception of the sentencing process".

And he criticised the judge's statement that "you will have plenty of time to study the Qur'an in prison in the years to come". He said it was not "the position of the secular authorities to encourage criminals convicted of religiously-motivated offences to engage in religious study".

"Judges should not promote the contentious theory that further religious study is the way to turn terrorists away from their hateful interpretations of religious texts."

Explaining the decision to write the letter, Mr Evans said: "There's no reason to think the judge had ill intentions, but his comments were wholly inappropriate.

"Religion is not the reason why it was wrong to plant a bomb on a packed tube train.

"If the judicial system is to uphold rights equitably, reasonably and fairly its arbiters must draw from the same secular legal sources and separate their personal view of contentious issues such as religion and politics from their decision-making. Judges are employed to uphold the law of the land impartially, not to interpret theology.

"We're simply asking the lord chief justice to make it very clear to judges that this must not happen again."

The NSS campaigns to protect the principle of one law for all, arguing that the UK's secular law should protect the rights of people in all communities and should not be undermined or supplanted by parallel religious systems.

In 2010 the society complained to the Office for Judicial Complaints (OJC) after Cherie Booth QC spared a criminal from prison , saying: "I am going to suspend this sentence for the period of two years based on the fact you are a religious person and have not been in trouble before. You caused a mild fracture to the jaw of a member of the public standing in a queue at Lloyds Bank. You are a religious man and you know this is not acceptable behaviour."

Image by Jimmy Harris, via Wikimedia Commons [CC BY 2.0].