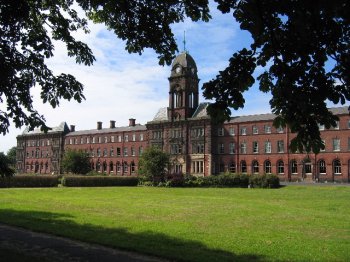 A parliamentary committee has said critics of religion are among those whose free speech is most likely to be restricted at universities.

A report by the Joint Committee on Human Rights (JCHR) said "incidents in which free speech is restricted often revolve around discussion of key controversial or divisive issues" including "humanist/secular groups critiquing religion".

The JCHR also found that the restrictions students place on free speech "should not be exaggerated" and it was "not a pervasive problem". It said the evidence it had taken showed overall "support for the principle of freedom of speech among the student population".

The committee referenced attempts by students at Goldsmiths University to prevent National Secular Society honorary associate Maryam Namazie's talk on blasphemy as an example of "unacceptable incidents where freedom of speech has been restricted" through harassment.

It added that "safe space" policies "cannot cover the whole of the university or university life without impinging on rights to free speech".

The report referred to the NSS's submission to the committee's consultation, which detailed examples of harassment of groups critical of religion by student unions, universities and other groups. The NSS told the committee free speech should be protected "not only as a legal concept, but as a positive value" on campuses.

The report said "the right to (peaceful) protest is vital", student societies should "not stop other student societies from holding their meetings" and "incidents of unacceptable intimidatory behaviour by protestors intent on preventing free speech and debate" should be stopped.

In response NSS education and schools officer Alastair Lichten said: "In our submission to the JCHR we warned of the need to beware of the 'competing sensationalised media narratives; the first that ordinary student activism, protest and governance is part of a broad 'politically correct' attack on free speech, the second that efforts to challenge extremism are a front to restrict dissident speech'. This report sensibly spurns such sensationalism.

"The report affirms that neither 'PC' hordes of protesters nor shadowy agents of Prevent are banning free speech on campuses, but that there are legitimate concerns. Student unions and universities can help freedom of speech flourish by challenging the 'intolerant attitudes' and 'unnecessary bureaucracy' identified in this report.

"Where anti-discrimination or harassment policies are being smeared or misrepresented as a 'chronic problem' stifling free expression, or misused to target specific unpopular viewpoints, this should be unacceptable. In our evidence to the committee, we said that the Office for Students (OfS) could challenge misunderstandings and sensationalism by reporting on the extent to which university or SU policies meet their free speech obligations, along with quantitative data on concerns raised and the outcome of any complaints."

In a section on "the way forward" the committee issued similar advice, saying: "We would expect the OfS to intervene if problems emerged at particular institutions. They should ensure that university policies do not inhibit legal free speech and are not overly burdensome."

The report did not give any examples of events being cancelled or disrupted due to the Prevent duty (no higher education institution provided such examples to a judicial review). However the committee noted the potential "chilling effect" of the Prevent duty, with some groups saying it would make them less likely to invite potentially controversial speakers, and others raising concerns about the poorly defined term "extremism". The committee singled out the "fear and confusion over what the Prevent duty entails" as one of the factors limiting free speech on campuses.

Mr Lichten said: "We should differentiate between any chilling effect caused by the misapplication of or flaws in the Prevent duty, and the chilling effect of the fearmongering and mythmaking that surrounds it."

The report comes on the same day that the Home Office released new figures showing that over the last year 6,093 individuals were referred to the Prevent programme. Concerns over Islamist extremism (61%) and far-right extremism (16%) were the largest cause of referrals to Prevent (down 26% and up 28% respectively).

There was also a 30% drop in the number of people referred to Prevent over Islamist concerns who were subsequently referred to the Channel programme – a voluntary initiative that provides a multi-agency approach to support people vulnerable to being drawn into terrorism. For those referred over extreme far right concerns there was a 27% increase.