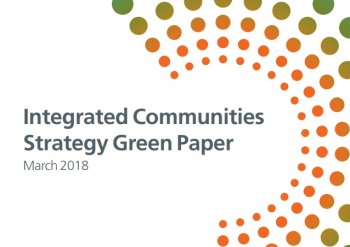 The National Secular Society has expressed concern over the government's proposed reliance on faith leaders in its integration strategy for communities in England.

In a green paper published today by Sajid Javid, the communities secretary, the government has pledged to "engage directly with individuals, communities, businesses, voluntary and faith organisations and local government" to "shape and deliver" its proposals.

The paper includes a proposal to expand a scheme which supports faith institutions. It says extending the Strengthening Faith Institutions programme will "help a wider range of faith institutions to strengthen their governance structures, including the participation of women and young people".

It says new schools "should be inclusive and promote community cohesion" and the government expects "all state-funded schools to be inclusive and welcoming of pupils of different backgrounds". It says the government will "boost the capacity to identify and tackle concerns in out-of-school settings where they arise" and "review Ofsted's powers in relation to unregistered schools".

But it also expresses backing for faith schools: "We fully support their role as providers of state-funded education and recognise their continued academic success." The government is expected to extend religious discrimination in school admissions soon: the education secretary has spoken in favour of dropping the 50% cap on religious selection at free schools to pave the way for a new generation of fully religiously selective faith schools.

The green paper says the government will "support faith communities and interfaith dialogue as a means of breaking down barriers between communities, building greater trust and understanding, and removing the conditions which can allow intolerance and unequal treatment to flourish".

Several of the measures it proposes appear to go against the overall vision outlined in the strategy, which says the government is aiming to promote "communities where people, whatever their background, live, work, learn and socialise together, based on shared rights, responsibilities and opportunities".

The paper criticises previous decisions to define "communities by their ethnic or religious identity, rather than as a place where people from different backgrounds are brought together", adding that the results "can feel exclusionary rather than inclusive".

It says "it is important to recognise that the freedom to practise religion needs to be balanced against the rights and freedoms of others" and "the government's respect for faith communities will not prevent us vigorously promoting rights to equal treatment".

The government has submitted the paper for a four-month consultation, which will conclude in June. NSS chief executive Stephen Evans said the society was "looking forward to responding" to the consultation.

"We plan to make the point that relying on faith groups to deliver government strategies does not work. The government says it wants an integrated society built on shared rights, responsibilities and opportunities. This is a wonderful vision but reinforcing religious identities and buttressing the power of religious leaders will undermine those goals.

"The failure to address the inherent divisiveness of faith schools represents yet another missed opportunity. Promoting secular and inclusive education over faith-based education should be central to any strategy to promote integration.

"If the government wants social integration it must see people as citizens, not define them as members of different religious groups."

The strategy also reflects on the recent findings of a review into sharia 'law' in England and Wales. It says the government will "explore the legal and practical challenges of limited reform relating to the law on marriage and religious weddings" and is "supportive in principle of the requirement that civil marriages are conducted before or at the same time as religious ceremonies".

It reiterates the government's recent rejection of a proposal to regulate sharia councils, saying such a measure "would confer upon them legitimacy as alternative forms of dispute resolution". The NSS has welcomed this rejection.

And it says the government will support awareness campaigns on "the consequences of not having a civilly-registered marriage" and issues such as forced marriage. The NSS has previously called for similar campaigns.

The paper says the government will work with the National Citizen Service to "increase young people's mixing in areas of high segregation" and "stimulate other innovative approaches to promoting meaningful social mixing". The NSS said this was "an encouraging alternative to faith-based options to encouraging integration".

The government says it will refresh its action plan on hate crime later this year and aim to ensure suitable training is available so religious ministers understand the British legal system, British culture and "our shared values". It says it expects faith institutions to address the need for "well-qualified, informed and confident faith leaders, who are outward-looking, involve all parts of the community… and are capable of resisting intolerant or extremist arguments".

It also outlines the remit for its new counter-extremism commission. This will be tasked with: advising the government on counter-extremism policy; supporting communities and the public sector to confront extremism; and promoting shared values and community cohesion.

The government will invest £50m in trial schemes to improve community relations in the next two years in Bradford, Blackburn, Peterborough, Walsall and Waltham Forest.

You can respond to the consultation through the gov.uk website.