Right of withdrawal from sex education will continue, says Hinds 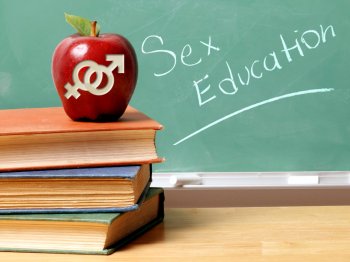 Parents will continue to have the right to withdraw their children from sex education at secondary school, the education secretary has confirmed.

Damian Hinds's comments come as the teaching of Relationships and Sex Education (RSE) and PSHE (Personal, Social and Health Education) are due to become compulsory in England.

"There's an established right for parents to be able to withdraw their children from the sex education bits of relationships and sex education," he told The Andrew Marr Show on BBC1. "That right exists and will continue."

The Government recently closed a consultation on changes to these subjects. In its response to the consultation, the National Secular Society welcomed the proposal to make RSE compulsory and said young people's access to RSE should not be restricted on religious grounds.

The NSS campaigns for faith-free sex and relationships education and opposes the 'right' to withdraw children from it on religious grounds.

This week it also emerged that councillors in North London had unanimously backed a motion that faith schools should be allowed to omit important aspects of sex education.

The motion, which was passed at a full meeting of Barnet Council in January, called on the Government to allow faith schools to teach sex education "in a manner consistent with their religious ethos". It says the Department of Education should "allow for this in its pending guidelines and to call on OFSTED inspectors to be sensitive and understanding of this when carrying out their inspections".

It also says the Council "very much recognises and values the diversity of faith schools within this Borough, notes the excellent achievements of many of them and would not wish to see these schools undermined".

Cllr Brian Gordon, who put forward the motion, said: "It is wrong, and I would say counter-productive, for faith schools to be penalised or marked down for failure to teach particular aspects of sex and sexuality that are counter to their religious ethos."

In January Cllr Gordon represented the Union of Orthodox Hebrew Congregations (UOHC) as part of a delegation of Orthodox Jewish 'community leaders' who met with Sir Theodore Agnew, a minister at the Department for Education. The 'representatives' said there would be "no compromise" with requirements to teach children about gender and sexuality. He described the expectation for schools to teach about gender and personal relationships as "unprecedented external pressure under the grand pretext of community cohesion and diversity".

UOHC is an umbrella organisation of Charedi Jewish groups in London. One of its most recent activities has been to call for its members to boycott the J3 Jewish Community Centre in London due to its activities supporting LGBT+ Jews.

Alastair Lichten, the NSS's education and schools officer, said: "Getting Relationships and Sex Education on a statutory footing, so every child has access to age appropriate provision, was a major success. Unfortunately some faith groups are determined to undermine this.

"We should cut through the euphemistic language about 'teaching in accordance with their ethos'. These groups want schools to be able to pretend LBGT+ people don't exist. They want to be able to deny pupils information about contraceptives. Very often they just want to use the subject to promote narrow religious views, for example about gender roles, or just don't want to teach it at all – regardless of how unprepared this leaves pupils."