Ofsted: council failed to support school over hijab and fasting 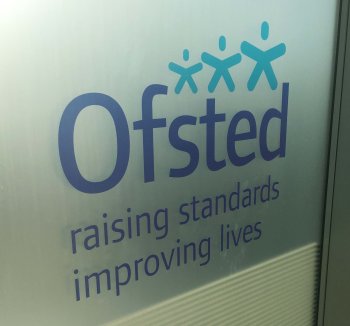 Ofsted has criticised a London council for failing to support a primary school whose leaders faced abuse and intimidation after placing restrictions on hijab wearing and fasting.

The National Secular Society said the criticism reaffirmed the need for clear Government guidance on the subjects.

In a letter outlining the findings of a special extra inspection of St Stephen's primary, Ofsted said Newham Council's approach had been "perfunctory at best".

The inspectorate said "the expected level of emotional care and public support for school staff from the local authority has been too limited and, as a result, ineffective". The local authority, it added, had "positioned itself as a moderator to manage relationships between the school, councillors and community groups".

Ofsted carried out the inspection because it was concerned about "a potential breakdown in trust between school leaders and parents", amid intense press coverage of the school's policies.

The school, which has a high proportion of children from Muslim backgrounds, banned girls under the age of eight from wearing the hijab and discouraged children from fasting during school hours. It reversed its policies after activists sent the school up to 500 emails a day, many allegedly abusive or threatening violence against staff.

Ofsted said leaders at St Stephen's had faced a wave of "manipulative and sometimes abusive correspondence and comments made by email and across social media". It said this was "in complete contrast to the atmosphere within the school" and added that it appeared to have been "largely instigated by people from outside the parental body".

"School leaders, and in particular the headteacher, have faced bullying and harassment, and there is evidence that this has been coordinated by some people outside the school community."

Inspectors found that leaders at St Stephen's were "effective" and "continue to run an outstanding school".

They also praised the school for its communication with parents. "Typically, where parents hold a different view to the school, the school works hard to explain why a policy is as it is, clarifying reasons for policy changes where appropriate," the letter said.

It added that the decision to remove the hijab from the key stage one uniform was "communicated to parents in June 2017 and implemented with little fuss in September 2017, following careful consideration by governors".

Ofsted also praised the school for standing up to the demands of 'community leaders' on other occasions. It gave an example of the school successfully challenging an individual within the local mosque who had threatened to remove children from the local madrassa if they took part in a school residential activity.

Alastair Lichten, the NSS's education campaigner, said the letter was "a reminder of the need for the Government to step in".

"Individual schools cannot be expected to run the gauntlet against religious bullies on their own. In this case a school was unable even to uphold modest restrictions at young ages. The Government needs to take the lead and issue clear guidance on the subject, which defends children's right to grow up free from unnecessary and discriminatory religious practices."

Newham Council told the Evening Standard it refuted Ofsted's suggestion about a lack of support for St Stephen's.

"With such a diverse community, that has more than 200 languages spoken, councils must play a role in ensuring mutual respect and tolerance for those with different faiths and beliefs," a council spokesperson said.