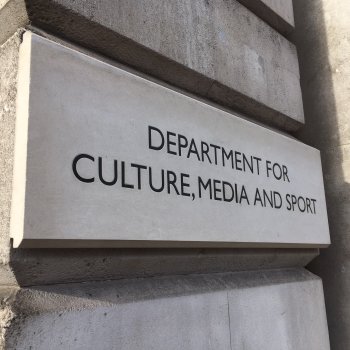 The National Secular Society has urged the Government to take the Church of England's vast wealth into account before handing out any more grants to assist it with building repairs.

NSS representatives met with the Department of Digital, Culture, Media and Sport (DCMS) to discuss the findings of a recent Government commissioned review into the sustainability of the Church of England's church and cathedral buildings.

The Taylor review said that care, maintenance and repair of England's 16,000 churches is an "enormous task" and advocated for more local authority and central government funding. It was shortly followed by a report of the Church of England's Cathedral Working Group, which also called for "dialogue with the Government about state funding for cathedrals."

But the NSS warned that government pay-outs were unlikely to improve church sustainability and said no further grants should be made without properly assessing the Church's financial need.

The Church of England's fragmented financial structure makes calculating its total wealth difficult, but it is thought to hold assets in excess of £15bn. Despite this, at least £810m of public money has been channelled into the Church via Government and lottery sources since 1999.

Meanwhile, the Church of England's Strategic Investment Board has recently announced plans to spend £24.4m on evangelism projects which will include opening new churches in deprived urban estates.

Last year attendance at Church of England services plunged to its lowest level ever. Official figures showed that only 1.4% of the population of England now attend Anglican services on a typical Sunday morning.

National Secular Society CEO Stephen Evans said: "With a fast falling number of adherents the Church should seriously consider downsizing so it can stand on its own two feet.

"But the truth is that the Church has more than enough money to finance its own maintenance and repairs but would rather spend its money on mission. By accepting responsibility to fund church repairs the state is, in effect, subsidising Church of England evangelism.

"The nation's heritage buildings are a valuable asset, and those of architectural, cultural and historical significance should be preserved. But the state should think twice before handing over taxpayers' money to a wealthy institution with a labyrinthine financial structure and a missionary zeal."