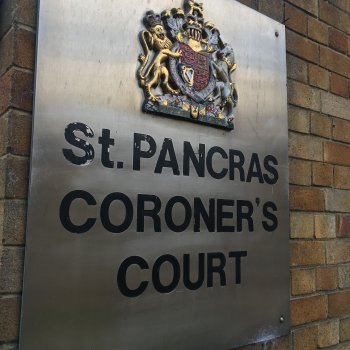 The office charged with reviewing complaints into judicial office holders' conduct has rejected all complaints against a North London coroner who treats people equally, regardless of religious sensitivities.

In an email to Stephen Evans, the National Secular Society's chief executive, a spokesperson for the Judicial Conduct Investigations Office (JCIO) said "all complaints made about senior coroner [Mary] Hassell's decisions have been rejected by this office".

The JCIO confirmed it had received a number of complaints about Ms Hassell's handling of burial requests for Jewish and Muslim families. But it said it could only accept complaints which contained allegations of misconduct, rather than those about how a judicial office holder had handled their cases or their subsequent decisions.

The coroner still faces a judicial review into her decision not to priorotise religious burials. In granting permission to bring the case to the Adath Yisrael Burial Society (AYBS) in Stamford Hill, the judge said the case "clearly raises issues of considerable importance to the Jewish and Muslim communities". The case is due to be heard at the end of March.

In October Ms Hassell wrote to 'representatives' of the Jewish community in Hackney and said no death would be "prioritised in any way over any other because of the religion of the deceased or family". She withdrew an agreement which made special arrangements for deceased Jews' bodies.

She said the decision had come after a Jewish burial society "bullied" and "persecuted" her officers by demanding the swift release of bodies in her charge. In one incident a woman made 210 phone calls to the St Pancras Coroner's Office in four days.

Mr Evans wrote to the Lord Chancellor and Lord Chief Justice last month to express support for her decision to give "equal, non-preferential treatment" to all. He said it was unclear "why any group of people have the right to demand to be prioritised over others".

"By prioritising those who give religion as their reason for a quick burial, those who want rapid burials for other reasons are being unfairly treated. I trust you will ensure that the judicial response to this matter is not be unduly influenced by those who shout the loudest."

He added that Ms Hassell and her staff were "entitled to carry out their work free from harassment or intimidation". In a previous conduct investigation the JCIO found that Ms Hassell had not "misrepresented or distorted" her experience of being bullied and intimidated by the Orthodox Jewish community over the handling of deaths in religious communities.

Mr Evans's letter came after religious lobbying groups and prominent politicians made clear their intent to complain about Ms Hassell.

The Board of Deputies of British Jews wrote to both office holders to request the removal of Ms Hassell from her position. Their call was backed by several politicians. Sadiq Khan, the Mayor of London, said the Board had "done the right thing". David Lammy, the Labour MP for Tottenham, said he "supported" the Board's call for the Lord Chancellor to "act" and had made representations of his own.

The London Assembly unanimously approved a motion to write to the JCIO, Lord Chancellor, chief coroner and Lord Chief Justice expressing "serious concern about the comments, decisions and actions of the coroner".

Labour leader Jeremy Corbyn and Emily Thornberry, the shadow foreign secretary, are among those who have complained to the chief coroner about Ms Hassell's stance. Mr Corbyn and Ms Thornberry both represent Islington constituencies.

Earlier this month the prime minister responded to a question about the case in the House of Commons by saying: "It is important that we take into account specific requirements of someone's faith, especially when they've lost a loved one and they are grieving."

In response to the latest developments Mr Evans said Ms Hassell was "being hounded for upholding the principle of fair treatment and resisting the unreasonable bullying of staff".

"If a preference for an expedited coroners' service can be satisfied without disadvantaging anybody else, or creating an unreasonable burden on the state, then that's fine. But religion isn't a trump card that gives anyone the automatic right to preferential treatment.

"Judicial office holders certainly shouldn't have to face intimidation simply for failing to satisfy the demands of religious communities. And if the unwarranted calls for her dismissal are successful it will set a very dangerous precedent."