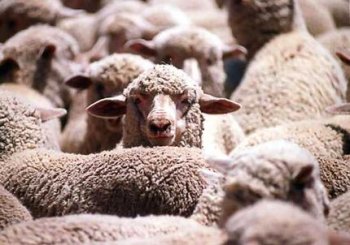 Lancashire County Council has launched a consultation on its plans to stop supplying unstunned meat to schools after an Islamic group threatened legal action and a boycott over its decision.

In October the council voted to stop supplying non-poultry meat to schools and other establishments unless the animals were stunned before slaughter. But last month the council's leaders said they would reconsider the policy after the Lancashire Council of Mosques (LCM) said it would launch a judicial review and encourage a boycott of school meals.

The consultation opened yesterday and will last until 7 March.

The National Secular Society has called on its supporters in Lancashire to respond. Stephen Evans, the NSS's CEO, said: "Lancashire council should be encouraged to ensure that the meat it supplies to schools adheres to basic welfare standards. Meat from non-stun slaughter clearly falls below that an acceptable standard.

"As long as religious groups are granted an exemption from legislation aimed at ensuring animals do not suffer avoidable distress or pain, the number of animals killed under the exemption should be kept to an absolute minimum. Routinely supplying meat from non-stun slaughter to thousands of children fails to adequately target the supply of such meat and unreasonably imposes a hardline interpretation of Islam on pupils across the county.

"The powerful and entitled so-called 'community leaders'" demanding that all halal meat must be non-stun need to be resisted."

In 2013 the Food Standards Agency carried out an animal welfare survey in abattoirs across Britain which found about 84% of animals slaughtered by the halal method were stunned before being killed. But the NSS is concerned that the non-stun slaughter industry is growing.

On the same day that the Lancashire consultation opened the sharp rise in non-stunned slaughter in Britain was discussed in the House of Lords. Lord Trees raised the fact that the number of sheep slaughtered without stunning between 2011 and 2017 had doubled, according to new Food Standards Agency figures. He said "we are going backwards" on animal welfare.

The NSS, which has long called for an end to the religious exemption to animal welfare laws, wrote to the Government about the figures in October. In reply the Parliamentary Under-Secretary of State for Rural Affairs and Biosecurity said the Government was considering introducing labelling requirements to ensure consumers know whether halal or kosher meat has been stunned before slaughter.

Leading vets are among those who say slitting animals' throats and allowing them to bleed to death without prior stunning for halal and kosher meat causes unnecessary suffering. Significant meat-producing countries such as Denmark and New Zealand have no exemption to laws requiring pre-stunning for all slaughter.

While the religious exemption exists the NSS campaigns for consumers to have clear and accurate information on the provenance of the meat they eat.

Geoff Driver, Lancashire County Council's leader, said: "We know people have strong views on this issue and would encourage them to help shape future policy by taking part in this consultation."

Abdul Hamid Qureshi, LCM's chief executive, has accused the council of creating "unnecessary division" and said LCM does not "want any stunned meat at all".

"If you have stunning and other processes it retains the blood to a certain extent in the meat. That's not healthy," he claimed. "It's our faith perspective."