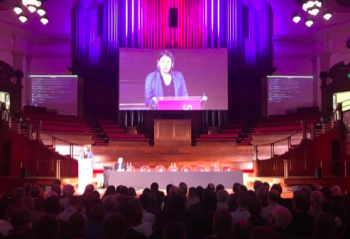 The Minister for Civil Society has told the National Secular Society that public services must be delivered "on an equal opportunities basis", including by religious groups.

In December last year the NSS challenged Tracey Crouch MP after she told Christian charity and church leaders they should "challenge anyone in government who makes you feel you need to suppress your faith". Ms Crouch told the Raising Funds for Christian Charities and Churches event it was not the Government's intention to "discourage you from speaking openly about the faith that motivates you".

The NSS wrote to the minister to express concern that her words could be interpreted as condoning, or even encouraging, proselytising by faith groups contracted to provide public services.

In a letter to NSS chief executive Stephen Evans, Ms Crouch agreed that "everyone should be able to receive public services on an equal opportunities basis".

"The award of government contracts is subject to existing legislation and guidelines including the Equalities Act and the Government Commercial Function's code of conduct," she wrote.

Following Ms Crouch's reply, Mr Evans said: "While we welcome the minister's desire for public services to be delivered on an equal opportunities basis, it is disappointing that she failed to make explicitly clear that public services shouldn't be used as a platform for proselytising.

"Where religious organisations deliver public services they must do so without proselytising as this can put service users and vulnerable people in particular at risk of exploitation. Unambiguous equality, non-discrimination and non-proselytising clauses in contracts would give the public more confidence in religious organisations delivering services and at the same time ensure those delivering services could be clear about appropriate boundaries."

"Faith groups should not be excluded from competing for public contracts and grants on an equal basis, but it is imperative that such groups deliver their services in an entirely secular manner to ensure equality, fairness and human rights are kept at the forefront of the services we all pay for."

Image: Tracey Crouch delivers her speech to the event 'Raising Funds for Christian Charities and Churches'.