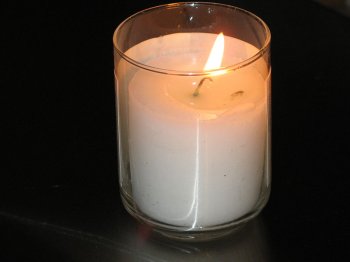 The National Secular Society has expressed support for a north London coroner facing a furious backlash for refusing to prioritise religious burials over others.

Mary Hassell, senior coroner at St Pancras coroner's office, decided in October 2017 to withdraw a special arrangement for the Jewish community. Under the arrangement agreed in January 2015, Jews who die at home in north London would be immediately sent to the Carmel Funeral Home in Stamford Hill, instead of going to a public mortuary as is standard.

The rule was originally adopted to accommodate Jewish beliefs that a body should be buried as soon as possible after death, and that it should be 'guarded' until burial by members of the Jewish community.

The decision to cancel the arrangement follows a dispute with Stamford Hill's Adath Yisroel Synagogue and Burial Society (AYBS) over the burial of Aharon Barzevski, who had died of natural causes on October 21st.

According to Ms Hassell, the society had made one of her officers feel "bullied" and "persecuted" and had caused delays to other important work by making repeated phone calls and e-mails demanding a post mortem be carried out the next working day. Staff shortages meant that that it was not possible to fulfil this request, and the body was released for burial on October 25th.

The Jewish Chronicle reported last month that in a separate incident one woman made 210 phone calls to the St. Pancras Coroner's Office before being assured that her father would be buried four days after his death.

In letters to representatives of the Jewish community in Hackney, the coroner stated that "no death will be prioritised in any way over any other because of the religion of the deceased or family, either by coroner's officers or coroners".

She said that the bodies of Jews "will now go to the mortuary as everyone else does while awaiting a decision by the sitting coroner, and will remain in that mortuary after any scan or invasive autopsy, until the coroner makes the decision to release to the family."

Ms Hassell has also said that she was "acutely conscious" of Jewish and Muslim teachings and added: "I always take these into account in my decisions [but] there is a difference between being sensitive to faith and prioritising one person over another because of their religion."

The coroner said her decision was also prompted by AYBS's refusal to comply with the order to transfer Mr Barzevski's body to the mortuary at Whittington Hospital.

In response, AYBS threatened to lodge a judicial review against Ms Hassell, claiming her policy is "unlawful".

Rabbi Asher Gratt, who volunteers for AYBS, said: "It beggars belief that we should be going through these sort of issues in a democratic society.

"We have had such a good relationship with every single coroner other than her. We could pick up the phone and call them in the middle of the night, and they would go out of their way to help."

Following a meeting on Friday with Ms Hassell, at which the coroner refused to change her stance, the the Board of Deputies of British Jews has said it plans to turn to the Lord Chancellor and Justice Secretary David Gauke, and the Lord Chief Justice Lord Burnett, to request Hassell's removal from her position.

Sadiq Khan, the Mayor of London, told the Jewish Chronicle that he welcomed the Board's decision to write to the Lord Chancellor and Justice Secretary.

The National Secular Society has written to the Judicial Conduct Investigations Office in support of Ms Hassell, and the principle of giving equal, non-preferential treatment to all burials regardless of religious considerations. In the letter, the NSS asked the JCIO to keep in mind that coroners should be entitled to carry out their work free from harassment or intimidation.

"Burials are highly sensitive issues. But in demanding special privileges for their community, Adath Ysroel Synagogue and Burial Society are arguing for people to be sent to the back of the queue if they do not share their religious beliefs," said Megan Manson, campaigns officer at NSS.

"Religion should not entitle someone to a 'premium' service, particularly at a time when public services are already under pressure. We applaud Ms Hassell in her decision to stand up for equal treatment for all people in her jurisdiction."