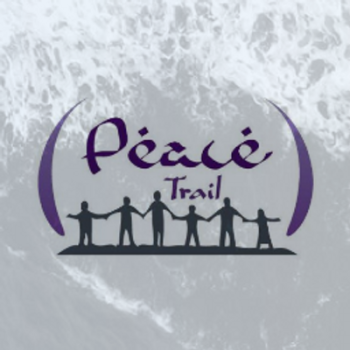 An Islamic charity co-founded by Lauren Booth has failed to account for at least £92,110 – almost 50% of its total expenditure – according to the Charity Commission.

Peacetrail was established to "advance the Islamic religion anywhere in the world for the benefit of the public through the holding of prayer meetings, lectures, producing and/or distributing literature on the Islamic faith to enlighten others about the Islamic faith". Its other stated objective was the relief of poverty. It was co-founded by Ms Booth and her partner Sohale Ahmed.

The Charity Commission opened an inquiry into Peacetrail (now dissolved) in 2016 following its failure to file any accounts, despite registering in 2013. The inquiry's report was published on Monday. It revealed self-authorised salary payments to the charity's CEO, unmanaged conflicts of interest and a lack of due diligence around, or monitoring of, those with whom the charity worked.

Peacetrail withdrew about £40,000 from cashpoints without the trustees being able to provide evidence to account for all the funds. The charity also spent money on valet parking, first-class rail travel, accommodation in Qatar, Bahrain and Turkey, TV licences and household goods that were "not clearly linked to the activities of the charity".

Ms Booth had an Islamic nikah 'marriage' (not recognised in law) to Mr Ahmed when he began working for the charity. She signed his contract of employment but there was "no evidence that this conflict of interest was ever managed". Mr Ahmed received self-authorised salary payments totalling £46,500. In 2016 reports suggested that Mr Ahmed was in deep financial difficulties, with two county court judgments outstanding against him for unpaid debts and six dissolved companies to his name. In December, an 'equitable charge' was registered against his home by a debt collection company.

As a result of the inquiry, the Charity Commission has removed Ms Booth as a trustee. She is prevented from serving on the board of any charity unless she wins a waiver from the regulator or the courts. Mr Ahmed was also disqualified from being a charity trustee or holding a senior management position within a charity for 4 years and 6 months.

Michelle Russell, Director of Investigations, Monitoring and Enforcement at the Charity Commission, said: "The public rightly expects those entrusted with charitable funds to steward and safeguard them appropriately. That sadly did not happen in this case. The trustees of Peacetrail clearly failed to discharge their legal duties which is why we exercised our powers to remove them."