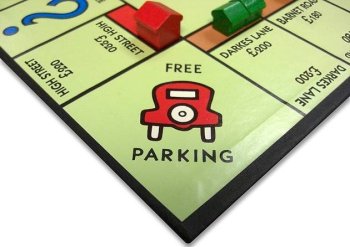 The National Secular Society has criticised a council in Surrey which has decided to continue exempting worshippers from parking charges.

On Thursday Woking Borough Council's executive voted unanimously to retain a policy which was previously amended as a result of an NSS intervention.

It allows members of faith groups to park free of charge in the council's off-street car parks "in order to attend a place of worship for the purpose of, or in connection with, worship on that faith community's primary day of worship".

On Sundays members of four church congregations can use a validating device to encode their parking tickets, allowing them to leave the car parks without paying. The council also gives support to worshippers who attend the local mosque on Fridays.

The council says the measure is justified because faith groups "play an important role", "encourage people to participate in society" and carry out "considerable voluntary work".

The policy has been in place since 2008. In 2013 the NSS launched a legal challenge against the council on the basis that it was discriminatory. The council responded by issuing a "clarification" which said other community groups could apply for similar allowances.

Its amended policy entitles non-faith based community groups to free parking if it is "reasonable and proportionate" to give it to them. But the NSS has argued that good causes still do not benefit consistently. Runners who raise money for charity when taking part in the Surrey half-marathon, for example, are required to pay charges to park within the borough. Meanwhile those attending church are entitled to free parking in the same car parks.

The council estimates that its policy is worth £1,000 per week. It will next be reviewed in January 2023.

Following the NSS's challenge several local newspapers in other parts of the country revealed that other councils were funding special privileges for the religious.

"Plenty of people, religious and non-religious alike, do good work in their communities. But the council's efforts to extend free parking to non-faith groups appear to be little more than a tokenistic effort to get around the legal complications.

"This policy rewards anyone who goes to a religious service. Religious worship should not be incentivised with special perks – paid for by other taxpayers. We urge the residents of Woking to continue to press for the withdrawal of this unjustifiable religious privilege.

"We have no problem with free parking for those actually doing good work provided it applies even-handedly to religious and non-religious alike. Otherwise everyone should pay the same."