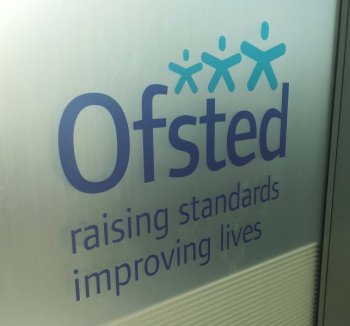 Ofsted has warned that an increasing number of conservative religious schools are spreading beliefs that clash with British values and equalities law.

In its Annual Report, launched today, the schools regulator says the proportion of independent schools judged less than good increased this year from 31% to 40%. It said a number of these are "highly conservative" Christian, Jewish, or Muslim faith schools, and in some cases, the premises are unsafe or squalid.

The Report says inspectors have found "sexist and sectarian literature" in some schools and warns that the most basic checks are not always in place.

It says to function effectively, "British society depends on some fundamental shared values as well as a culture of mutual tolerance and respect. But we have found an increasing number of conservative religious schools that are spreading beliefs that clash with British values and equalities law."

The report also calls for additional powers to tackle the growing menace of unregistered and illegal schools.

The report states that "Current legislation is inadequate to tackle unregistered schools. It limits our powers and allows institutions to exploit loopholes about definitions of education. The existence of unregistered schools is possible because there is no requirement to register a child as home educated, so there is no record of children who have never been in school."

Ofsted has previously warned that "flimsy" laws mean that children are sometimes left in "shocking" conditions.

Almost ten years ago the Jewish Chronicle first raised the issue of children disappearing from the education system at age 13 and being "systematically undereducated in secular studies" in unregulated schools. Since then the National Secular Society has repeatedly called on the DfE to confront the problem, warning that allowing children from minority faith backgrounds to languish in illegal religious schools amounted to "the bigotry of low expectations".

In January 2016, the Department for Education set up a special task force dedicated to investigating illegal schools.

The taskforce has so far identified 291 suspected unregistered schools ­– a high proportion of which are faith schools – and issued warning notices to 38 schools which it suspects are operating illegally. Thirty-four settings have closed or ceased operating illegally. Despite this no founders of unregulated religious schools have been prosecuted.

Stephen Evans, chief executive of the NSS, said: "All schools should prepare pupils for life in modern Britain by giving them a good understanding of the basic values that underpin a free, equal and tolerant society. There's no reason why children from conservative religious backgrounds shouldn't receive the same standard of education as all other children. Too many religious schools are failing their pupils by shielding them from the social realities of modern life and preparing them only for life in insular religious communities.

"Meanwhile, unregistered schools are an endemic problem that requires a robust response. Criminal offences are being committed and children and young people's rights are being fundamentally undermined. This abuse of children ­­– and on such an industrial scale – shames Britain. All relevant agencies must work together to tackle this problem once and for all."