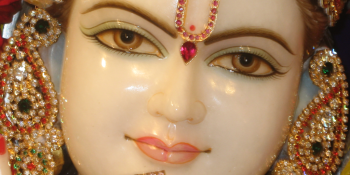 The National Secular Society has told the Government that plans to merge a secular multi-academy trust with a Hindu one could lead to more "faith schools by stealth".

The proposed merger would create a 'mixed' multi-academy trust (MAT), with secular and Hindu faith schools under a single board of trustees. If the plans are approved by the regional schools commissioner, the new trust could be in place by next September.

"I think it's probably going to be the first mixed MAT of its kind in terms of having the denominational and the secular schools," Lord O'Shaughnessy told TES. He also said Floreat "would have liked to have stayed independent" and its schools would retain their names and existing ethos.

Stephen Evans, the NSS's CEO, said the amalgamation "risks further blurring of the distinction between secular and faith schooling".

"This will inevitably allow religious enthusiasts greater control over secular schools. The non-religious are already a marginalised majority within state education. Secularism, rather than multifaithism, is needed to address this."

The NSS fears the merger between a secular and religious academy trust will provide an opportunity to "sneak in religion through the back door," and has written to the Regional Schools Commissioner and the Secretary of State for Education to outline its concerns.

Schools operated by Avanti are governed by the Hindu Education Authority (HEA), formerly known as the iFoundation. This charity's purpose is to evangelise the Hindu faith, specifically the teachings of the International Society for Krishna Consciousness (ISKCON), more commonly known as the 'Hare Krishna' movement.

The Charity Commission lists the HEA's objectives as "to advance, transmit, spread and propogate [sic] the religion of Hinduism… to provide educational facility and support to Hindu faith education initiatives and to act as the religious authority for state-funded schools with a Hindu faith designation."

Avanti schools' faith ethos is made very clear in its online policies document, which says "schools are sacred places, no less than places of worship" and includes several pages on religious ideology and practices. Meat, fish and eggs are banned from the school on religious grounds, while onion, garlic and mushrooms "should be avoided if possible and if unavoidable, included only where the food is for personal consumption."

The schools also follow a strictly regimented collective worship policy, assessed by HEA inspectors, with the aim of "assisting the individual to recognize and develop a natural sense of spirituality, leading to devotion to Krishna." The policy states: "Once established in their final building location, all Trust schools will follow, without compromise, the agreed daily Collective Worship model, where all elements of worship are linked to learning." It also specifies that both pupils and staff must keep a "Collective Worship Journal", all staff meetings should begin with "spiritual reflection", and all staff must attend several hours' worth of special "induction" sessions.

Avanti's goals: "One of our strategic aspirations has always been the inclusion of non-denominational schools"

On its website Avanti states: "We are currently in conversation with a small number of community schools who are aligned in their vision for educational vision and who may wish to join the Avanti family."

The governing body also aims to promote the ISKCON faith ethos. The 2016 financial statements for the HEA state: "The charity's main aspirations are to continue to follow its core educational objectives throughout the forthcoming years by assisting the Avanti Schools Trust to develop its faith ethos and educational material for use in its schools."

In its most recent online Summary Information Return the HEA also said its objectives included: "continue improving the RE curriculum provision within schools; increase capacity and training of S48 inspectors; increased school visits and potential expansion into pastoral/chaplaincy work".

In its letter the NSS warned that Avanti's mission to further promote its religious ideology through its schools, combined with its eagerness to take over non-denominational schools, suggests it may push its faith ethos on the Floreat schools once Avanti trustees are put in charge. The NSS is particularly concerned that Avanti may use the legal requirement for collective worship to impose its ethos on the Floreat schools, without the schools necessarily being registered with a religious character or ethos.

Additionally, the HEA's focus on the RE curriculum brings the risk that ISKCON beliefs will be taught in a confessional and evangelical manner at Floreat schools.

Mr Evans said the combination of Avanti's ethos and 'strategic aspiration' "raises troubling questions about the implications of this merger for children, parents and staff in Floreat schools".