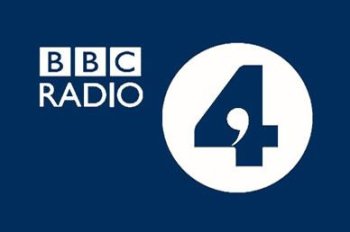 The National Secular Society has written to the BBC over an episode of Radio 4's Today show which it said amounted to a "PR exercise for the Church of England".

The episode was broadcast on 14 December from Lambeth Palace, the C of E's headquarters. It featured several slots on the theme of Anglicanism, amounting to approximately one hour of airtime – a third of the programme's total length. This included a 15 minute interview with archbishop of Canterbury Justin Welby.

In a letter to the BBC's complaints department, the NSS said the programme effectively served to promote the Church of England, and therefore did not meet the BBC's own editorial guidelines regarding impartiality.

"The bias and deference towards the Church of England demonstrated in this show suggests a 'cosy relationship' has developed between the BBC and the Church, which undermines public confidence in the BBC's commitment to impartiality," NSS chief executive Stephen Evans wrote.

The NSS added that the treatment of the Church and its leader was particularly inappropriate while the institution is subject to the ongoing official Independent Inquiry into Child Sex Abuse.

An NSS analysis found that the content of the show "frequently portrayed the Church in a positive light, with no opposing, critical views given". Although Church representatives were given ample opportunities to promote their views and agenda, "absolutely no reference was made of the sex abuse scandals or other controversies surrounding the Church".

In addition, it highlighted specific breaches of the BBC's editorial guidelines. These included: praising the rise of Anglicanism in Africa; a lack of engagement with the irreligious public; giving a voice to those who oppose female bishops and marriage equality without these views being challenged; and interview questions to Justin Welby demonstrating a bias against the non-religious.

On the last point, the NSS highlighted a statement made by presenter Nick Robinson to the archbishop of Canterbury, in which he said: "It seems to me now more than ever people look to the church – they look to the leader of the Anglican Church – for hope." The declining church attendance figures in the UK suggest the opposite is true, while 75% of Britons say they have never been influenced by a religious leader.

Mr Evans asked the BBC to explain its decision to devote a third of the show to the Church of England and justify the flouting of its editorial guidelines. "The BBC should not allow itself to be an agent of the Church's self-promotion agenda," he wrote.

The criticisms come just a day after the BBC announced that it will increase the religious content in its programming, prompting scrutiny and criticism. The NSS continues to campaign for reform of the Today programme's Thought for the Day slot, arguing that it should be opened to non-religious views or abolished.