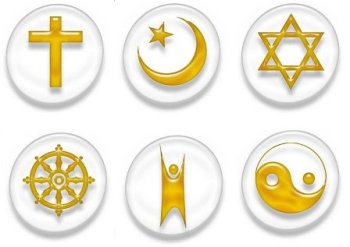 The number of pupils being entered for a religious studies IGCSE exam which allows them to learn about only one religion rose by 40% last year.

Schools Week has reported that the number of English entries for the IGCSE offered by the international for-profit exam board Pearson rose from 436 pupils in 2015 to 608 in 2016. Schools such as Yavneh College in Hertfordshire, a Jewish faith academy, have switched to the IGCSE in that time.

Since 2016 a change in the curriculum has meant schools have had to teach a second religion for at least a quarter of their RS GCSE course. Yavneh was among schools which initially responded by dropping its RS course.

But now more are responding by taking up the offer of an international qualification from Edexcel, which is owned by Pearson. Reports suggest the change is particularly driven by Jewish schools. According to the Jewish Chronicle Immanuel College in Bushey is switching to the course, while Hasmonean High School in Hendon and King David High School in Manchester are considering doing so.

"Even if this loophole was closed, learning about a token extra religion for a quarter of a GCSE course really isn't a sufficient requirement. This is a reminder that what children learn about should be dictated by what's best for children and society, not the interest of faith groups.

"And it's inevitable that religious organisations will behave like this when they have so much power in English schools. The state shouldn't be funding schools which build their ethos around religion at all."

The NSS is campaigning for an end to faith schools and reform of the way religion and belief are taught.

The development has also been criticised by some in the education community.

Deborah Weston, a research officer at the National Association of Teachers of Religious Education, said Pearson had made a "business decision" rather than one based on the "principle of what RS teaching should be like". Geoff Barton, the general secretary of the Association of Schools and College Leaders, said the decision was "at odds with us as a society".

Spencer Lewis, the executive headteacher of Yavneh College, told Schools Week he felt the IGCSE was "an appropriate course" that would "interest and challenge" pupils. He said the focus on a single religion was "not the motivating factor" for the switch and pupils would still learn about other religions.

The schools do not appear to be trying to boost their official standing in performance tables. The Government does not recognise IGCSEs when it calculates these.

A spokesperson for Pearson told Schools Week its RS IGCSE was "informed" by the Department for Education's requirements, but the company had to make sure the content was "appropriate for schools worldwide, delivered in many different cultural contexts".

Pearson added that while most questions in the IGCSE could be answered "from the perspective of one religion", pupils also needed "knowledge and understanding of key religious ideas which are not specific to any one religion", as well as of non-religious beliefs.