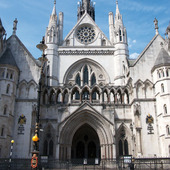 The National Secular Society has welcomed a ruling that a transgender parent can appeal to have contact with her children, despite opposition from their religious community.

On Wednesday the Family Division of the Court of Appeal quashed an earlier decision that a transgender woman should be denied contact with her children, on the grounds that her children would be shunned by their Charedi Jewish community and faith schools.

The Court found that the judge in that case "gave up too easily" and had not sufficiently considered ways for the father to have contact with her children. The judge had ruled that the likelihood of marginalisation or exclusion by the ultra-Orthodox community was "so great" that it "must prevail over the many advantages of contact".

The father ('J') had five children with 'B', before leaving the family home to live as a woman. The Court of Appeal said J's transgender status was the only reason she had been shunned by the North Manchester Charedi Jewish community and the only reason the children would face ostracism. It added that "the community would act in that way for religious reasons".

In the initial case Mr Justice Peter Jackson, then of the Manchester Family Court, had considered the effect the religious community's opposition to transgender individuals would have on the children, who would continue to be raised by their Orthodox Jewish mother. His concerns included the children possibly being excluded from the faith schools they attended, or were to attend.

The NSS responded to that ruling by writing to schools minister Nick Gibb MP to question if the schools were in breach of the Independent School Standards. Schools minister Lord Nash responded to confirm that the "behaviour by schools referred to in the ruling is unacceptable". He added that the Department for Education was "working with Ofsted "to ensure that the relevant schools are inspected, paying particular attention to these standards".

Mr Justice Jackson also wrote to Mr Gibb to raise concerns over the faith schools' apparent discrimination on grounds not permitted by their Equality Act exemptions.

J's lawyers appealed the decision on the grounds that the judge had "lost sight of the paramountcy [most significant] principle" of the children's best interest.

"That the rights of the child should be paramount in court decisions about their welfare is a fundamental principle, which is not subject to the bigot's veto. The role of schools in this case makes particularly sorry reading. A religious ethos is not a licence for schools to unlawfully discriminate or promote victimisation against LGBT people."

A spokesperson for J's legal team told the Guardian: "This decision is one that will be welcomed not just by lesbian, gay, bisexual, and transgender individuals living within small religious groups, but by the LGBT community in general. It sends a clear message that no religious community can operate on their own island but must conform to the law of the land."

Human rights barrister Adam Wagner, commenting in the Jewish Chronicle, said: "In those cases, the courts will continue to step in - not because they want to interfere in the business of believers, but because Parliament has told them to do so by passing anti-discrimination laws. Perhaps it is time to confront prejudice and intolerance in our own community, before the judges have to step in again."

See also: "The Court of Appeal's judgment represents a muscular assertion of the value of tolerance in a modern-day democratic society" - commentary by Paul Erdunast on UK Human Rights Blog.