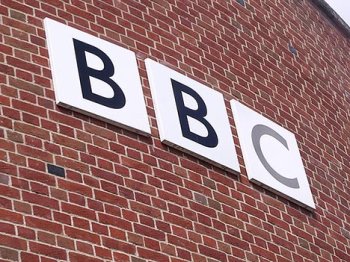 The National Secular Society has said the BBC should portray religion in "a fair and critically-informed manner" after the Corporation pledged to increase the religious content in its programming.

On Wednesday the BBC published its Religion and Ethics Review after a year-long consultation. It called for wider primetime coverage of non-Christian festivals and more coverage of religious themes in 'mainstream' programmes.

The BBC said it would "raise our game" and "enhance" the representation of religion on TV and radio dramas and documentaries. Its review calls for the development of a network of religious experts within the BBC to help staff cover 'sensitive' issues.

The Corporation will produce more content about non-Christian festivals like Diwali, Passover, Rosh Hashanah, Ramadan and Eid on its mainstream programmes. It will broadcast landmark programmes to "explore religion in all its forms". These will include a major TV series about the world's sacred sites, a Radio 4 series on morality in the 21st Century and a Radio 2 initiative to encourage young people to discuss issues about peace.

The Thought for the Day slot on Radio 4's Today programme – recently described as "inappropriate" and "deeply, deeply boring" by the programme's presenter – will include a wider range of religious voices. The non-religious will continue to be the only belief group explicitly excluded.

The BBC will make 2019 'A Year of Beliefs'. It will tell more "people-led stories", such as observing vicars working in local communities. Its religious affairs correspondent (currently Martin Bashir) will be promoted to religion editor and will lead BBC News's new global religious affairs team. Religion will be tied in with music and comedy.

The review notes that the BBC already produces 7,000 hours of religious programming, mostly made up of "traditional worship and discussion". And the BBC's commissioning strategy says: "We continue to be committed to celebrating the Christian faith on BBC One".

NSS chief executive Stephen Evans said: "There is a place for good quality, informative and entertaining programming about religion and belief. But the BBC's tendency towards sycophancy and fawning coverage isn't appropriate. And by the look of this review the BBC's treatment of religion is about to become even less critical than it already is.

"Improving genuine religion and belief literacy, and producing programming which reflects people from across British society, are worthwhile aims. But that means religion – and the religious views of people from all backgrounds – should be presented in a fair and critically-informed manner. Religion must be criticised as well as defended.

"The BBC went to great lengths to consult faith representatives during the review, so it's unsurprising that the final report has reflected their priorities, but these people are often out of touch, even with many of those for whom they claim to speak.

"And an increase in the BBC's coverage of religion will be incongruous with the fact that religious belief is on the wane in Britain. Most people in Britain are indifferent to religion and don't organise around religious identities. A true commitment to diversity should reflect that."

BBC News also says it will broaden its range of interviewees and contributors to represent "a wider range of opinions and practices". Mr Evans said: "We will watch closely to see if voices critical of religious orthodoxy are marginalised in this process."

BBC director general Tony Hall claimed that audiences from a range of backgrounds supported the changes.

"They recognise that, if we truly want to make sense of the world, we need to understand the systems of belief that underpin it," he said. He added that he wants the corporation "to do more about Christianity and other beliefs as well".

The report said programmes such as Boy with the Topknot, Broken, Muslims Like Us and Radio 4's Living with the Gods were recent examples of its attempts to address stories about a range of religions in engaging ways.