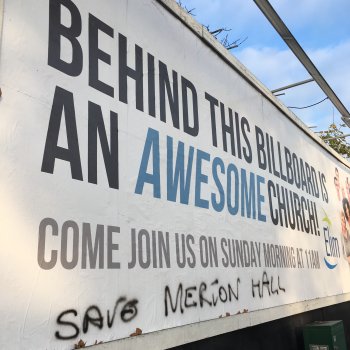 Local residents are opposing plans to close and partially demolish a public hall in south-west London and build a new Pentecostal church on the site.

Merton Council has rubber stamped plans to spend £3m renovating Merton Hall to create a new 250-seat worship hall, nursery, crèche and café. It currently owns the freehold on the hall and has leased it to a local community charity. It will gift the new building to Elim Pentecostal Church in a 'freehold swap'.

In return the church will gift a freehold to a warehouse where it is currently situated, in a business park. The council will use the site to build a new free school, which it says is needed in the area. Merton Hall's users will be accommodated elsewhere.

Some residents say they are getting a bad deal, arguing that the warehouse site is not valuable enough to justify the swap. The council has not disclosed the value of the freeholds, despite a freedom of information request to do so.

John Chambers, a resident who opposes the council's plan, said he believed the council would have got a better deal if it had issued a compulsory purchase order (CPO) and reimbursed the church for its land. He also questioned whether the school was needed in the area where it is expected to be built and said the council was "refusing to listen to the views of local residents".

"The council will demolish a community hall used by every creed, colour, race and religion under the sun. Now it will be for the exclusive use of 130 Pentecostalists. They will have a valuable new building that in time they can sell on."

Campaigners also say the council is breaching its equalities protocol by promoting a church which has encouraged homophobic attitudes. A statement on the website of the Elim Fellowship, which represents Elim churches worldwide, says: "We believe that sexual purity is a necessary expression for all of God's children and requires abstinence from adultery, fornication, incest, homosexuality, or other sexual relationships or practices forbidden by Scripture."

The council approved the plan last month, despite 350 objections being lodged. Over 3,500 people have signed a petition against the plans.

Some have objected on the grounds that an historic building will undergo unnecessary change. The council will demolish and replace Merton Hall's main hall. It will retain its front, but critics say this will be "blighted" by a glass and aluminium extension.

The hall was built in 1899 by local philanthropist John Innes and handed over to the community as a gift. It is a locally listed building. Residents are hoping Historic England will list it nationally.

Merton Historical Society said the changes to the hall would "diminish its heritage and aesthetic value" and leave it "vulnerable to unsuitable development and loss of character in the future". Sara Sharp, who launched a campaign to save the hall, called the changes "cultural vandalism".

Ms Sharp said she believed the area's heritage was being "sacrificed for political reasons". Merton is due to hold elections in May, and the council promised to build a new school in 2014.

Residents are in the process of assessing their legal options on the issue.

The church has boasted about the imminent change. In a sermon on 27 August, Pastor Jon Featherstone said: "They can't stop us, we are getting a building worth £4m and haven't got to pay one penny. No-one can stop us. Let's go big, let's go all out, build something titanic."

The council had not responded to a request for comment at the time of going to press. On its website it says it needs to provide alternative premises for the church, and doing so through a CPO would require paying the market value or an equivalent reinstatement.

"Even without delivery of the school, when the land values for both sites are taken into consideration (based on community use at Merton Hall) the Elim Church/Merton Hall 'land swap' represents the best value for the council and tax payers," its statement says.