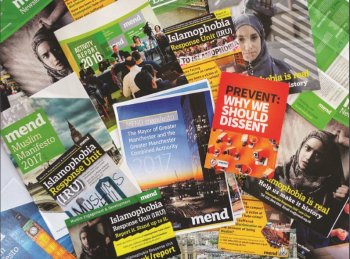 Mend (Muslim Engagement and Development) was described as a group of "Islamists masquerading as civil libertarians" in a report from the Henry Jackson Society (HJS) think tank this week.

The report pointed to Mend officials' "highly concerning views on terrorism", such as downplaying their terrorist nature and promoting conspiracy theories about them. It said Mend had "regularly hosted illiberal, intolerant and extremist Islamist speakers at public events", including those who have promoted jihad, homophobia and anti-Semitism and those who have legitimised the killing of adulterers and 'infidels'.

It said Mend had frequently attacked liberal Muslims and Muslims engaged in counter-extremism. The group has encouraged the belief that anti-Muslim prejudice is intentionally driven by Government policy, the media and other interest groups.

"The precise nature of Mend's worldview is difficult to categorise," the report said. "In terms of the political and ideological views of its leaders, staff members and volunteers, it can be said that they fall across a spectrum of beliefs.

"However, that spectrum includes those who have promoted conspiracy theories, anti-Semitism and intolerance of other minority Muslim denominations; those who have voiced support for terrorist groups and advocated that British mosques should hold prayers for the Mujahedeen (Islamic militias); and, in the instance of one senior member of staff, someone who has been judged in court to be a 'hardline Islamic extremist' who supported the killing of British troops."

Mend's website includes pictures of Azad Ali, who it now describes as its national community head, giving a presentation in schools. Ali previously lost a libel battle with newspapers that said he was "a hardline Islamic extremist who supports the killing of British and American soldiers in Iraq by fellow Muslims as justified". This year The Times reported that he had been made a Mend director, but had since left the board.

The HJS's report called on public bodies to "avoid providing uncontested spaces" for Mend. "Responsible public figures and civil society groups should also consider what they can do to avoid legitimising those who side with extremism and intolerance," it added.

Its author, Tom Wilson, said it "exposes the many shocking and troubling statements from individuals who have been part of that organisation over the years".

Mend, which says it exists to promote Muslim engagement in public and political life and "seeks to tackle Islamophobia", was also criticised in the book The Battle for British Islam, by human rights campaigner Sara Khan.

In some cases the group has exercised significant influence. In Manchester it is one of only two Muslim organisations on the 'Ending Islamophobia Action Planning Group', along with Greater Manchester police, Manchester city council and the Office of Police and Crime Commissioner. It has received money from the Borough of Tower Hamlets as a result of the Prevent strategy, despite the fact that it campaigns to end the programme.

Corbyn was also one of the speakers at an event it hosted in Parliament on Wednesday. He was joined by Naz Shah, Stephen Kinnock, Wes Streeting, Afzal Khan and Kate Green. Shakira Martin, president of the National Union of Students, also spoke.

In a statement earlier this week Stephen Kinnock said he planned to challenge Mend during the event. "On Wednesday I'll be asking representatives of Mend and others in the room to re-affirm their stated commitment to the pluralistic values upon which our Parliament and country are founded," he wrote. "I shall not hesitate in calling them out and challenging them on the numerous actions and comments that I find totally unacceptable."

MPs Anna Soubry, Crispin Blunt, Sir Ed Davey and Joanna Cherry pulled out of the event after being alerted to the nature of statements made by Mend.

It was also revealed this week that Mend was attempting to organise an event in Birmingham to give parents the "facts" about the 'Trojan Horse' plot of 2014, when Ofsted discovered an "organised campaign" to target schools "to alter their character and ethos". Birmingham City Council issued a statement in response to the revelation, saying it "recognises the need to guard against any repeat of the practices and behaviours of Trojan Horse".

In its response to the HJS Mend said it would "be exposing this report as an example of Professional Islamophobia". It called the document "thin on detail". It described favourable references to Inspire and Tell MAMA, both Muslim-run groups which have criticised Mend, as "completely predictable".

"Anti-Muslim hatred and abuse is a serious issue. It does neither Muslims nor wider society any good to entrust dealing with it to those who undermine democracy and promote intolerance. Public officials should be very wary of the impact of pandering to the narrative of religious victimhood."