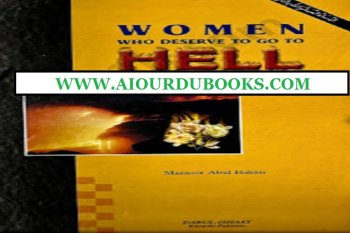 The Government's former integration tsar has called for a moratorium on the opening of new faith schools after a dossier revealed endorsements of wife-beating and misogyny in Islamic schools.

The contents of a file which showed examples of discrimination and sexism witnessed by Ofsted inspectors were reported in The Times. The findings prompted Dame Louise Casey – who wrote a major report on social integration last year – to accuse the Government of inaction.

Dame Louise told The Times no faith schools should be opened until the problems were addressed – a move advocated by the National Secular Society in its December 2016 report Rethinking religion and belief in public life.

"Some schools are teaching a segregated way of life and misogyny and the government isn't taking enough of a stand," she said. "The public expects them to do that. The DfE (Department for Education) turns a blind eye and hopes that Ofsted will deal with the problem. It's all in the 'too difficult' box."

In one example from it a school library stocked a book entitled Women who deserve to go to hell, by Mansoor Abdul Rahim. This says women should be "disallowed to go out of the house unnecessarily" and should not show "ingratitude to their husband" or have "tall ambitions".

The book says women will be a "majority in Hell" and a woman's entry to paradise "is dependent on her husband's pleasure". Twentieth-century feminism, it adds, had "the basic objective of driving women towards aberrant ways" and was "patronised by Jews and Christians" to "lead astray the aliens". It also promotes an intolerant view of religious freedom, for example by calling polytheism "a grave sin".

In one school children were encouraged to read a text which contrasted the "noble women of the East" with the "internally torn woman of the West". The western woman attracted men and left her home to spend time aimlessly in cinemas and cafés.

Other library books said women were not allowed to refuse to have sex with their husbands or leave the house without permission, and men could beat their wives "by way of correction". Work which had been marked by teachers said women had a responsibility "only to bear children and bring them up as Muslims" and men should be "protectors of women".

Ofsted insiders said the examples made for "uncomfortable reading" and expressed concern that mainstream schools may also be accommodating extreme forms of Islam in an attempt to be inclusive.

Alastair Lichten, the NSS's education and schools campaigner, said the dossier was "a damning insight into the intolerant attitudes being promoted in too many Islamic schools".

"Our response must take place first and foremost in a context of safeguarding children's rights. For too long a faith ethos has been a free pass, but whatever their background no child should be failed by schools inculcating them in misogyny and closing their horizons so they are prepared only for life in a religious community."

The revelations come as Ofsted applies increasing pressure on religious fundamentalism in Islamic schools. In October the High Court ruled in the inspectorate's favour in an appeal over Al-Hijrah, the school it placed in special measures for separating boys and girls from the age of nine.

Last week Amanda Spielman, the chief inspector of schools, said Ofsted would crack down on schools which forced children to wear the hijab – a problem highlighted by NSS research. She added that inspectors could speak with girls about why they wore the hijab in schools in an attempt to root out fundamentalist influences.