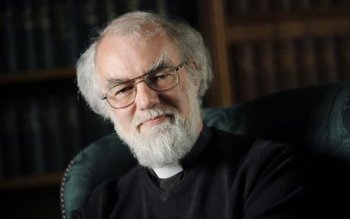 Rowan Williams, the former Archbishop of Canterbury, has appeared to agree in principle with disestablishing the Church of England.

"I've often thought of the establishment of the Church of England: I wouldn't start from here," he said on Tuesday. "It reflects a slightly odd 16th-century view of the absolute inseparability of the Church and the state, which is realistically not where we are now."

He added that he was "a bit reluctant to think of disestablishing the Church at this particular point, simply because it would feel like a concession to public secularism – pushing religious voices out of public debate".

He said the Church did not have "huge legal privileges or power" and religious communities made a "contribution to public debate" which is "important".

Williams was speaking to the Today programme, on BBC Radio 4, to mark the 500th anniversary of the reformation. His stance largely echoed comments he made in 2008, when he said "it's by no means the end of the world if the establishment disappears".

NSS campaigns director Stephen Evans said Williams's support for disestablishment in principle was "welcome" but his unwillingness to concede ground to secularists was "incredibly petty".

"Rowan Williams's instincts seem to be telling him to support disestablishing the Church and allowing it to stand on its own two feet. This would create a secular state where religion is a private matter for those who wish to hold it. That would be the right thing to do.

"His reasons for not supporting this course of action are sadly revealing. He can no longer justify the Church's privileged position in public life on reasonable grounds, so instead he has resorted to scaremongering about the secularist cause."

In this week's interview Williams said it was "impossible" to answer questions about whether the UK was still a Christian country.

"The public symbols around us, the legacy we've inherited, the cultural language we've inherited is – for the most part – Christian. We're not a nation of practising Christians, however, and that's one of the tensions which makes life for an established Church very difficult at times."

Williams also said he thought it was "harder for people to talk about their faith in public" because of the association between religion and extremism. But he added that "we're not quite as secular as we think," arguing that some people who have no personal faith use the Church for personal occasions or voice concern about churches closing.