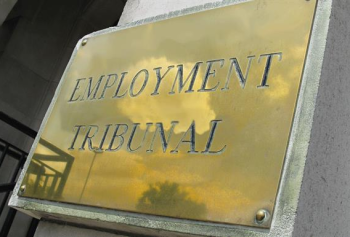 A 'devout Christian' who was sacked as an NHS director after opposing same-sex adoption has lost his claim for religious discrimination.

Richard Page, 71, was suspended by the NHS Trust Development Authority after he claimed it was better for a child to be brought up by both a man and a woman. He made the comments in his role as a magistrate when considering an application by a same-sex couple to adopt a child.

After he defended his position in media interviews he was suspended as a non-executive director of the Kent and Medway NHS and Social Care Partnership Trust.

The Trust provides mental health services, including to lesbian, gay, bisexual and transgender (LGBT) members of the community, who suffer disproportionately from mental health problems. The Trust, concerned that it might lose the "confidence of trust" of the LGBT community, asked Mr Page not to repeat his views publicly. He refused and subsequently appeared on national television, leading to his dismissal.

With the support of Christian Concern and the Christian Legal Centre, Mr Page argued the actions of the Trust amounted to a breach of Article 9 of the European Convention on Human Rights, which provides a right to freedom of thought, conscience and religion.

However, the tribunal found that the basis for the Trust taking action was not due the claimant holding or expressing his views as such, but the claimant accepting invitations to appear, and then appearing, in the press and on national television, compounded by the fact that he did so without informing the Trust when he had been expressly told to do so.

In 2016, Richard Page was also removed from his position as a magistrate for "serious misconduct" after the lord chancellor and lord chief justice determined that Mr Page's comments would have "caused a reasonable person to conclude he was biased and prejudiced against single-sex adopters".

Mr Page had earlier received a reprimand after it was found that during a family court hearing he had "allowed himself to be influenced by his religious beliefs and not by the evidence".

Stephen Evans, National Secular Society campaigns director said: "Again we see a devout Christian thinking their right to manifest their beliefs trumps all other considerations. And again we see the courts rejecting such claims.

"Links between the stigma sometimes associated with being LGBT and poor mental health are well established. It was perfectly reasonable for the NHS Trust to expect senior staff to respect its commitment to equality and not undermine patients' confidence in its services.

"This ruling simply reaffirms the position that being religious does not give you the right to ignore employers' rules or be accorded privileged treatment."

The full ruling is available online.