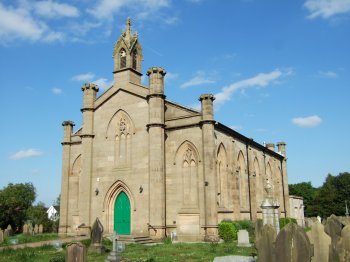 Income generated by Church of England parishes topped £1 billion for the first time in 2015.

The largest proportion of this income came from donations – one third from planned donations, and 6% from collections at services. This is despite the facts that Anglican church attendance is steadily decreasing and just 15% of people in Britain identify as Anglican.

The other sources of income included gift aid on donations, income from property holdings and grants.

Additionally, parishes have been left with a surplus of £54.4 million, the largest for a decade.

Stephen Evans, the National Secular Society's campaigns director, commented: "These figures show that the Church of England is well supported by its parishioners. It's a good sign that, despite a decline in church attendance, the Church of England would be able to survive without government support, including money from taxpayers who do not use the Church's services in any way.

"It also demonstrates that, as stakeholders in the Church of England, parishioners deserve greater transparency and control over the Church's activities. At present, this is limited by the complex relationship between the Church and the government.

"Disestablishment would result in an independent church that would be in a better position to give its donors greater oversight and a greater voice on the running of their religion."

Since 2014 the Government is thought to have allocated around £221 million of public money to repairing places of worship, with the vast majority of the money going to the Church of England – despite estimated assets of over £20bn.